What is going on in the Vatican? - Corrispondenza romana
Vai al contenuto

Home › International News › What is going on in the Vatican?

What is going on in the Vatican? 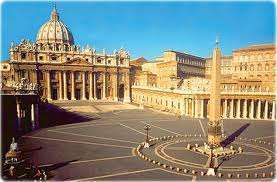 What is going on in the Vatican?  Catholics all over the world are worried about the meaning of the latest revelations which seem to reveal an ecclesiastical war within the Leonine Wall, even if their importance is being artfully exaggerated by the mass media.  Although it is not easy to understand what is happening, it is possible to try to understand why all this is happening now.

It is significant that this has blown up just as the Church is celebrating the 50th anniversary of the Second Vatican Council.  Among all the documents of that Council the most emblematic, and perhaps the most eagerly discussed, is the constitution Gaudium et spes which the theologian Joseph Ratzinger never liked.  This document celebrated with irenic optimism the embrace between the Church and the modern world.  It was the world of the 1960s, imbued with consumerism and secularism; it was a world which lived under the shadow of that communist imperialism which the Council declined even to mention.

Vatican II saw the positive germs of modernity but never sensed its dangers.  It did not denounce its errors and it refused to recognise its anti-Christian roots.  It adopted an attitude of openness to the world and tried to read “the signs of the times”, in the belief that history would bring about indefinite progress.  The Council Fathers seemed to be in a hurry to turn their backs on the past, convinced that the future would be propitious for the Church and for humanity.  Unfortunately this is not what happened.  In the years after the Council, the ascent towards transcendental principles was replaced by the pursuit of worldly values.

The philosophical principle of immanence translated into a horizontal and sociological vision of Christianity, symbolised in the liturgy by forward-facing altars.   This conversio ad populum, which was bought at the price of unprecedented artistic devastation, transformed the image of the Mystical Body of Christ into one of a social body emptied of its supranatural soul.  But if the Church turns its back on the supranatural and on the transcendent, in order to turn towards the natural and the immanent, then it turns on its head the teaching of the Gospel which enjoins us to be “in the world but not of the world”.  It ceases the Christianise the world and is instead itself made worldly by it.

The Reign of God thus becomes nothing but a power structure dominated by calculation, political reason, human passions and contingent interests.  The new anthropocentrism brought into the Church a lot of the presence of man but very little of the presence of God.  When we speak of the Church, we refer obviously not to the Church in itself but to the men who compose it.  The Church has a divine nature which nothing can dim but which keeps her for ever pure and immaculate.  But her human dimension can be covered by that soot which Benedict XVI, in the Stations of the Cross he preached before his election, called “filth”, and which Paul VI, seeing the rifts of the Council, called – with unconscious prophecy – “the smoke of Satan” which, he said, had penetrated the temple of God.

More than the weaknesses and miseries of men, it is the heretical statements and ambiguous claims which, ever since Vatican II, have succeeded one another in the Church, that are the true smoke of Satan. The process which John Paul II called “the purification of memory”, and which I call more simply “examination of conscience”, has not yet started.  We need to understand where we have gone wrong, what we need to correct, and how we can do the will of Jesus Christ who remains the only Saviour not only of his Mystic Body but also of a society which has lost its way. The Church is living through a period of crisis but she is rich in spiritual resources and in the holiness which continues to shine in so many souls. In the Church’s history, the hour of darkness is always succeeded by the light which shines forth.

What is going on in the Vatican? was last modified: Giugno 5th, 2012 by redazione
English
Tweet