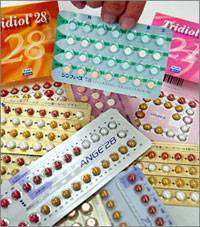 “The medicine should not contribute in any way to the end of a human life, which begins with fertilization and must be protected,” he said.

This is the same position taken by the German bishops, a position that has received the backing of the head of the Pontifical Academy for Life, Monsignor Ignacio Carrasco de Paula.

However, this position is not without its critics, with some pointing to evidence that in some circumstances “emergency contraceptive” drugs act as abortifacients.

“If there is a pill that prevents conception in cases of rape, then it is licit to prevent it,” Spanish Bishop Juan Antonio Martínez Camino, secretary for the Spanish Bishops’ Conference, recently told El Mundo.

He added, however, “We have no knowledge of a morning-after pill without abortifacient effects…If it did exist, we would be sure to know it.”

While the German bishops stated that they had learned about new formulations of the morning-after pill that act only as a contraceptive, a leading Catholic doctor in Spain questioned this statement.

“I would say that approximately in half of the cases it acts as a contraceptive and the other half it has an anti-implantation effect,” Doctor Justo Aznar told the Catholic News Agency.

Dr. Aznar, director for life sciences at the Catholic University of Valencia said he believes the German Bishops’ action is based on “a small technical ignorance.”

One pharmaceutical expert in Switzerland also criticized the bishops’ statement, stating that in practice it is not possible to determine exactly when the drugs might act as a contraceptive or an abortifacient.

“The bishops’ statements give the impression that there are different types of morning-after pill on the market, which is not the case,” Karl Küenzi of Pharmasuisse told Zurich’s Tages Anzeiger newspaper.

Bishops’ spokesman Müller reportedly acknowledged concerns about the potential the drug may cause an early abortion, but said that women should consult with physicians or a pharmacist on that issue.

This echoes the statement of Monsignor Carrasco, who demurred from directly addressing the question of the possible abortifacient effect of the morning after pill, telling Vatican Insider, “Whether a given medicine is classed as a contraceptive or abortion-inducing medication, is up to doctors and scientists, not the Church.”

As LifeSiteNews.com reported previously, Dr. James Trussell, regarded as the lead researcher on the subject, recently said women should be warned about the possible abortifacient effects of so-called “emergency contraceptive.” As an avid proponent of the morning after pill, Trussell has good reason to wish that the pill were not abortifacient, but has concluded otherwise based on the science.

Trussell, a senior fellow at the Guttmacher Institute, a member of the Planned Parenthood Federation of America’s national medical committee, and a board member of the NARAL Pro-Choice America Foundation, has published more than 50 academic articles on the morning-after pill and runs a popular website and hotline to promote its use.

In his February 2013 paper discussing the morning after pill, he warns: “To make an informed choice, women must know that [emergency contraceptive pills] … prevent pregnancy primarily by delaying or inhibiting ovulation and inhibiting fertilization, but may at times inhibit implantation of a fertilized egg in the endometrium.”