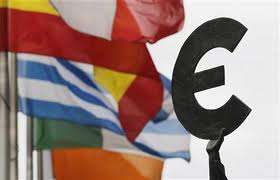 By Kim McLaughlin, May 11 (Bloomberg) — Central bankers across Europe have started discussing the possibility of a Greek exit from the euro area and how to handle its fallout, Swedish Riksbank Deputy Governor Per Jansson said.
“I would be very careful in speculating that it would be a painless process without complications,” Jansson said in an interview in Stockholm today. “Of course at meetings abroad that we are at the question is discussed. I hope and believe that they will stay in the euro zone.”
The risk of a Greek exit from the euro area mounted this week after May 6 elections saw anti-bailout parties surge in popularity. Efforts to form a government in Europe’s most indebted nation have so far failed, while German Finance Minister Wolfgang Schaeuble told today’s Rheinische Post newspaper that the euro area could handle a Greek departure as “the risks of contagion for other countries of the euro zone have been reduced.”
A post-election poll of 1,253 Bloomberg subscribers last week found 57 percent expect at least one country to leave the currency this year, the most since the survey began in 2010 and up from 11 percent in January 2011.
“Speaking for myself, it’s so difficult to see what a Greek exit would mean,” Jansson said. “It would mean both an enormous political pressure on the European cooperation and also large economic risks.”