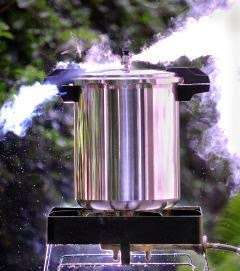 (Fonte: http://rorate-caeli.blogspot.com/) “The general feeling is one of huge relief,” says an influential professor at a Pontifical University. “On Thursday, at around noon, John Paul II operated a miracle at the Synod.”

That was the hour when the uprising began against the man carefully chosen by Francis, his own first Cardinal, Lorenzo Baldisseri – dearly prized by Bergoglio for the inestimable services rendered before and during the 2013 Conclave – picked over a year before the Synod to orchestrate both assemblies, in 2014 and 2015, so that they could reach the results willed by the Pope without any dissension. It was a hard task, but Baldisseri dedicated himself strenuously to it, and the essential datum was the media operation. As long as the Synod workings remained secret, the media operation would proceed in fast movements of faits accomplis impossible to be stopped by any force, so that the end result would have been a revolutionary final relatio that would work as the great acclamation of Pope Francis by the world episcopate, almost in a guru-like fashion, as the glorious leader whose mastery of events cannot be denied or stopped.

In this series of faits accomplis, the first week relatio, written by Archbishop Bruno Forte before the Synod, was to have been a dazzling step: and everyone knows here in Rome that Francis knew, read, and approved it for publication. Nothing of this size happens in this most personalistic and egocentric of papacies without the direct knowledge of the Pope. What was unexpected, but should not have been, was that, despite the intense pressure, the majority decided that it was more Wojtylian than Bergoglian.

I have spoken to a huge number of prelates in the past few days, many of them Synod Fathers. They are all furious and indignant with Francis. A president of a Conference of Bishops of a large African country even called him to my face “an agent of disruption.” The right word to describe the general atmosphere reigning in the Curia and the Synod, after 18 months of a government imposed by fear and persecution, is one I’ve heard several times in the past week: “esasperazione” (“exasperation”). The experiences of the past century show that a government of fear and manipulation cannot subsist for long without rebellion, and that was what erupted on Thursday. It was as if a pressure cooker exploded at the end of an 18-month-long simmering.

The Synod has failed, because its aims were thwarted by this explosion of angst under pressure, and this is what makes this “Extraordinary Synod” truly extraordinary! The protest of the Synod Fathers against Baldisseri of October 16 was unheard-of at any time of the past 50 years, and the silence of the mainstream media is stunning, considering the enormity of what took place. The Italian mainstream media was caught completely off-guard, and already this Saturday they attempt to salvage the prestige of Papa Bergoglio by transferring the responsibility for the failure to his collaborators, including Baldisseri, but everybody knows that these were only faithful and unwavering agents of his powerful will.

In the meantime, the prestige of Cardinal Kasper has reached the lowest possible levels; the leaders of the uprising are considered heroes.

In any event, the 2014 Synod is just a step of a path in which Francis and his allies are making many mistakes, many derived from their unending hubris, and un unexpected resistance is showing itself – a resistance that is being minimized by the mainstream press throughout the world.

As for the Synod final text, what will it look like? Probably quite bad, but less so than the one that had already been crafted and that was expected. The optimism of the “Progressives” is in shambles, and the final text of the Synod is at this point a secondary issue: what matters is the battle that will be fought from now up to the next assembly, in 2015. Francis will not take what happened lightly, and Baldisseri must be under enormous pressure from above to manipulate the 2015 meeting in a way that can’t be thwarted by any new miracle by John Paul II.

By John Smeaton This is the first in a new series of articles, rooted in the teaching of Divini Illius Magistri, which seeks to assist parents in preparing their children to live as mature Christians in dangerous times. Today, a toxic world environment — including, sadly, within the institutional Church — sees Catholic teaching on marriage…