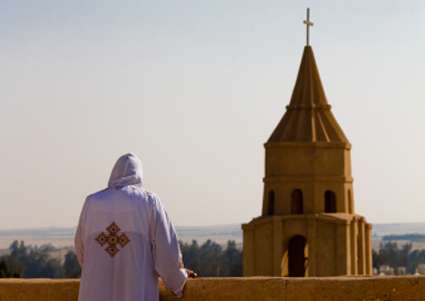 (ROBIN HARRIS, standpointmag.co.uk) When Margaret Thatcher negotiated with Communists about human rights, she had a self-imposed rule. It was to deliver the same message in private as in public. That was, and is, unusual. Politicians prefer bold and indignant speeches at home to bruising confrontations with foreign leaders face to face. But you have to do it. The reason is simple. It is because, whatever someone’s ideology, he will not take you seriously as a human being if he thinks you don’t really care about the causes you espouse. When the Soviet leaders understood that Ronald Reagan and Mrs Thatcher were deadly serious about the rights of people who, in Soviet eyes, didn’t really matter at all, the Kremlin also grasped that Western leaders were serious about wider strategy — Afghanistan, subversion, weaponry and the rest.

The struggle against Soviet Communism and the struggle against militant Islam are different in several ways. But one lesson confirmed by the Cold War applies to today’s confrontation with jihad. We know what doesn’t work. We know that cynicism and timidity are as misplaced with mullahs as with commissars.

Washington and London are perfectly well aware that across the Middle East Christianity is being ruthlessly extinguished. But Western governments — particularly the governments of the US and the UK, the two countries that fought hardest for dissidents in the Cold War — remain almost entirely silent. They have tacitly decided that the sacrifice of Christian minorities is a price worth paying for smooth relations with Arab leaders. There are no runs to be scored in domestic politics either. When the German Chancellor, Angela Merkel, stated in 2012 that Christianity “is the most persecuted religion worldwide”, she was assailed by a storm of outrage. There is, in fact, no more to be gained by acknowledging what is happening to Christians now than there was to Jews in the 1930s.

Parallels with the fate of Jewry must be used with caution; but in this case they are historically apt. It was clear what was developing in Central Europe long before the state-sponsored intimidation, expulsions, internments, degradations and finally death camps. Today in the Middle East, too, the forces that plan, in their own good time, but pretty shortly, to achieve Muslim societies unpolluted by unbelievers — the Jews there have already gone, of course — are largely in place. The leaders already know that nominally Christian Western countries and their governments will look the other way when the massacres, land grabs and mass expulsions start in earnest.

Sceptics will reply that the problems of Christians in the region are intertwined with history. That, of course, is correct. (It was also true of the Jews in Central and Eastern Europe — but that is another story.) Numbers of Christians in the Middle East have fallen over the centuries, and faster still since the end of colonialism. Today perhaps 10 to 12 million Christians remain in the Middle East. Nor is it just numbers that tell the tale. So does declining status.

This history of decline is precisely why it is so easy, and can seem so normal to Westerners (and useful to Islamic apologists), for Christians to be regarded as relics doomed to inevitable extinction. If cultural isolation, declining birth rates and economic migration push in the same direction, why not add a nudge and a squeeze from persecution, particularly if blame can be diffused?

There was never a time when Christian minorities living under Islam enjoyed equality. Dhimmi status (and its post-Ottoman equivalent) is essentially precarious. But, between the massacres, large Christian communities were useful, wily and pliable enough to survive and often prosper. The case of Iraq is especially instructive, both about the past and the present.

You might not imagine it from Islamic paranoia and Western apologitis, but Christians brought something very positive to the Muslim world. In Baghdad, serving the Abbasid caliphs, in the eighth and ninth centuries, was a team of over 50 Christians (plus a Jew and a Sabian) employed to translate Greek philosophical works into Arabic. Alongside the translators, Christian doctors, scientists, philosophers and even theologians were indispensable to the transition of Arabic Islam from a primitive warlike culture to an advanced civilisation. Gratitude was limited: envy and destruction intervened. Assyrian Christians suffered their own Armenian-style genocide at the hands of the Ottomans and their successors. They were also foolish enough to be loyal to the British, who, of course, abandoned them. But Iraqi Christians clung on after independence; they recouped their fortunes, made their compromises, survived and even rose.

Life was already difficult under Saddam Hussein. But only in the aftermath of the American invasion did life become intolerable. Sunni radicals, assisted by gangsters, kidnappers and land-grabbers of different brands, stole, bombed, kidnapped, murdered and cleansed the Christians from Baghdad and elsewhere. Driven out to stinking poverty-stricken villages on the plains of Nineveh or seeking refuge in Mosul, on the brink of ethnic civil war and amid the bomb blasts, the Christians had no outside help. The West was embarrassed by them. So they have left in their tens of thousands. Of some 1.4 million Christians living in Iraq before the war, perhaps 400,000 remain. They have gone to Syria, Jordan and Lebanon. Some have gone to America. Sweden has opened its borders, and so in varying degrees have Germany and France. Not Britain, of course.

The destruction of Christian communities in Iraq, conducted with Western knowledge and complicity, is now being repeated in Syria. The Iraqi Christian arrivals knew what to expect, presumably, but it was a shock to the two million indigenous Syrian Christians, who had enjoyed a secure and comfortable existence. Assad’s regime was viciously repressive if you challenged it. But it also maintained order, respected property, permitted diversity and protected religious freedom. It was clear from the start that any revolution would imperil these benefits. It was evident that Saudi money and influence would dominate the secular opposition, and that the Salafists and al-Qaeda would fight more brutally and emerge on top. Yet at no stage did the West express worries for the minorities, above all the Christian minority, caught up in the maelstrom. When Assad finally falls, there will be a terrible reckoning against those that the now radicalised Sunni majority want to punish. It has already begun.

Christian refugees from Syria have been flooding into Lebanon and Turkey. In Lebanon it is to the existing Christian communities and monasteries that they look for shelter and sustenance. The richer ones hope to buy a smuggled passage to Europe for the going rate of $20,000. Others wait on events, wondering when they will be on the move again. Those Christians who get out across the border into Turkey — bypassing the refugee camps, where the men would be conscripted by anti-Assad fighters — are ironically returning home. The region once housed the heartland of the Syrian Orthodox Church whence the Syriacs fled the early 20th-century genocide.

Half the Middle East’s Christians live in Egypt, where the Copts are some 10 per cent of the population. But that is changing too. There is a massive outflow, mainly to the United States. From the time of Sadat and then increasingly under Mubarak the Copts were under threat. The threat was localised, from vengeful and envious preachers and mobs, but government, in covert relations with the Muslim Brotherhood, failed to protect. Since the Egyptian Revolution the threat is no longer localised. It is felt throughout Egypt; and it also comes from the top. It underpins the state in the new Sharia-based constitution, which President Morsi and the Muslim Brotherhood, in a deal with their Salafist rivals, steamrollered through. The new constitution undermines the political rights of Christians; it threatens Church funds; and it legitimises the brutal campaign waged against those that Islam regards as “converts”. Recently, a Coptic woman, Nadia Mohamed Ali, who was raised a Christian but married a Muslim, sought on her husband’s death to return to her faith and have her and her children’s identification papers changed. In January this year, a court sentenced her to 15 years in prison.

Christianity in the Middle East is ancient and, with its denominational oddities, is often confusing for Westerners. But there is no excuse for confusion in Saudi Arabia, which has recently become home to one of the Middle East’s larger (mostly Western Catholic or Protestant) Christian populations. The Saudi authorities systematically oppress the million or more Christians who work there. These are largely uninfluential menials — Filipinos, Africans and Asians — which makes it less internationally troublesome. Saudi Arabia allows no non-Muslim worship, even in private homes; Bibles cannot be distributed; display of the cross (even on a footballer’s jersey) is banned. These laws are given effect by the feared religious police. In February, for example, they swooped on a private gathering of more than 50 Ethiopian Christians and threw the leaders in jail.

The United States provides billions of dollars in aid to Egypt, but it will not use it as leverage for the Copts. US power underpins Saudi security, but it had nothing to say when (in March 2012) the Saudi Grand Mufti, a high state official, declared it “necessary to destroy all the churches” in the region. The new US Secretary of State, John Kerry, has form. When US Representatives Frank Wolf (Republican) and Anna Eshoo (Democrat) co-sponsored a bill to create a special envoy position within the State Department to advocate on behalf of religious minorities in the Middle East, it was blocked in the Senate by the Foreign Relations Committee, then chaired by Kerry. President Obama’s gesture of support for Christians in Bethlehem last month does not make up for years of negligence.

As for Britain, the hypocrisy is even more revolting. The Coalition government insists on prioritising overseas aid, even at the expense of the defence budget. David Cameron takes a special interest. He has publicly threatened to cut aid to countries that oppress homosexuals. But he won’t consider applying that threat to countries that persecute Christians. Indeed, the sum total of Britain’s action to protect Christianity from extinction in the Middle East is a list of low-level, low-key initiatives, undertaken by junior ministers or unimportant officials, which (as Mrs Thatcher used to say) “wouldn’t knock the skin off a rice pudding”.

But does it matter? If you really believe that systematic persecution is wrong, it does. But who in the upper reaches of Western governments really believes that today? And, naturally, the notion that Christian countries should protect Christians is so preposterously incorrect that no modern politician would suggest it. But there is one argument, which even the most hardened critic of morally driven foreign policy should consider.

In majority-Muslim countries where non-Muslim minorities are openly persecuted, radical Islam grows, and that is a threat. The threat is levelled initially at secular governments that do not conform to the purists’ idea of Islamist doctrine. But when these governments bend or fall, they or their successors become enemies of the West. Meanwhile, within their borders both local and imported terrorism take root. That process is now advancing in different forms throughout the Arab world. It occurs partly because of the nature of Islam and its failed engagement with modernity. But it happens, too, because the West no longer knows what it is, or wants, or believes, and because it is morally weak. Today’s leaders adopt silence in the face of evil. And, as Dietrich Bonhoeffer observed: “Not to speak is to speak. Not to act is to act.”