Home › Corrispondenza romana › Truth is the only charity allowed to history

Truth is the only charity allowed to history 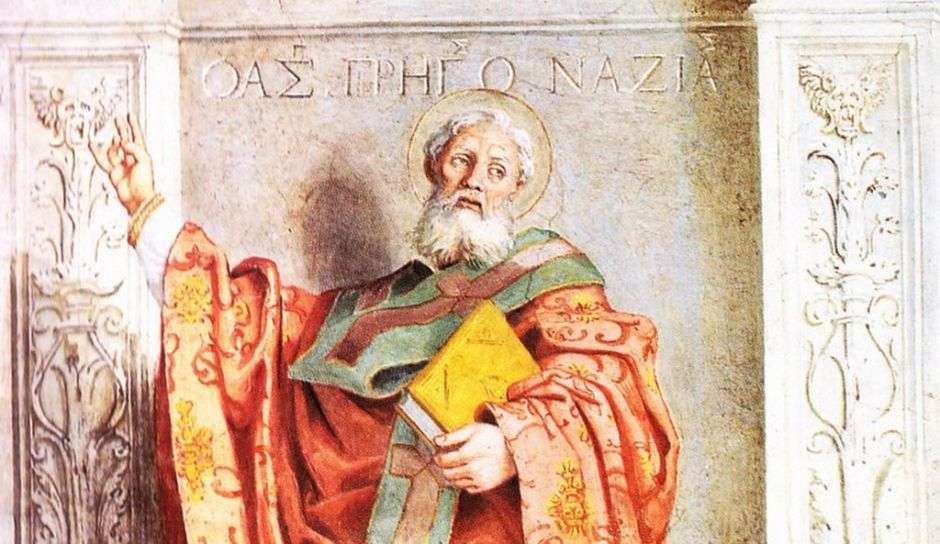 (Roberto de Mattei) In history’s ages of confusion, along with the crisis of authority there comes an overshadowing of the truth. Lacking points of reference, the common man replaces the truth with his own opinion, loading it with all the passion available to every soul that seeks the absolute. The truth becomes personalized. It used to be, as a French philosopher observed years ago, that persons received love through institutions, while today institutions are tolerated only through a person who is idolized (Gustave Thibon, Diagnosi, Volpe 1973, p. 125). So it happens with ideas.

This eclipse of the truth, which dates back to the Second Vatican Council and the Revolution of ’68, was denounced by many Catholic writers, but today any believer can gauge its dramatic consequences. There is for example the illusion that all it takes to stop the crisis in the Church is to oppose Pope Francis, considered the main culprit of this crisis, with another figure, possibly a bishop or cardinal. And the one who personifies the anti-Bergoglio becomes not in principle but de facto an “antipope.” An antipope, of course, without any canonical claim, unlike those that history has shown us. The antipopes of the past sought juridical legitimacy above all, in order to oppose the one deemed a usurper, while today the institutional dimension of the Church has been obscured by over half a century of anti-legalism. So the “false” pope Bergoglio is blamed for all the mistakes and the bishop faithful to Tradition who opposes him is credited with all the virtues, bestowing infallibility on his every word or deed. The reference to the case of Archbishop Viganò is clear, even if, to clear the air of any misunderstanding, I am by no means affirming that the Italian archbishop considers himself an antipope. I appreciate his fidelity to correct doctrine and I am gratified by the fact that he has never claimed that apostolic succession has been interrupted. I am afraid, however, that some of his more fanatical followers could push him toward the abyss, and this is what drove me to speak out in the two articles on Corrispondenza Romana of June 21 (here) and 23 (here) 2021. The articles have brought approval from some, fury from others, and puzzlement from still others. And it is above all to the puzzled that I now turn.

From the doctrinal point of view I am concerned about a certain conspiracy theorism used by Archbishop Viganò to impose a narrative without a rational foundation, similar to the way in which some use presumed private revelations to make others shut their mouths. Conspiracy theory has nothing to do with the serious and documented study of secret societies in history, but is the blind adherence to the ideology of the “permanent conspiracy,” by which, as has been correctly noted, “he who does not share the conspiracy theory is himself part of the conspiracy, or in the pay of those who plot it; while he who denounces the conspiracy is perceived as the prophet to be relied on for finding the way out” (https://www.corrispondenzaromana.it/notizie-dalla-rete/il-tradizionalismo-e-il-pericolo-del-complottismo/).

It is in this conspiratorial framework that some are trying to push Archbishop Viganò toward an “anti-vax religion,” which turns into dogma certain legitimate criticisms that can be lodged against the worldwide vaccination campaign. For anyone who rejects the anti-vax faith, excommunication is at the ready.

Even more serious is the claim to entrust to Archbishop Viganò a salvific mission within the Church, which however can only be saved by its Founder, Jesus Christ. Archbishop Marcel Lefebvre, with whom some want to compare Archbishop Viganò, remained faithful to Tradition in a tempestuous era, but was never the author of proclamations addressed to heads of state, bishops, or ordinary faithful, and never addressed to Paul VI expressions of contempt similar to those that Archbishop Viganò now reserves for Pope Francis.

This is why it seemed to me that there was a divergence between the language and content of Archbishop Viganò first period (2018-2019), whom I knew and appreciated, and the disconcerting Archbishop Viganò second period (2020-2021). There are those who see in this change a “maturation” of his positions. I instead have the doubt that it could be the result of a certain manipulation. We know little or nothing about Archbishop Viganò’s current associates, because he lives in an unknown location, almost never appearing in public. We however believe that we have identified his main “ghostwriter” as Cesare Baronio, aka Peter Siffi, author of the blog Opportune Importune. I have nothing personal against Pietro Siffi, I have not revealed any detail of his life that cannot be documented, nor have I expressed moral judgments on his personal matters. I have limited myself to wondering over Archbishop Viganò’s collaboration with this controversial figure, unknown outside Italy, but better known than it may appear in the Italian traditionalist world.

Archbishop Viganò is applauded by the traditional world when he accuses Pope Francis of being surrounded by a “magic circle” of “perverts,” as he has done in a statement to the newspaper La Verità of November 3, 2020 and in countless others writings (https://www.liberoquotidiano.it/news/italia/25147370/papa-francesco-dossier-vigano-successore-becciu-cerchio-magico-bergoglio-personaggi-ricattabili.html; https://www.aldomariavalli.it/2020/11/24/monsignor-vigano-mccarrick-capro-espiatorio-la-sua-filiera-e-ancora-attiva-il-rapporto-e-figlio-della-menzogna/). But if someone respectfully points out to Archbishop Viganò that he should distance himself from figures around him who are linked to the gay-friendly world, he becomes guilty of the crimen leasae maiestatis. This is what puts on display, I do not say the bad faith, but at least the misuse of reason on the part of some of my critics.

As we wrote, we would never have opened the case if so many good traditionalists did not present as a quasi-magisterium the statements, not of Archbishop Viganò, but of his “double.” Our concerns are not exaggerated. “If we do not worry about a garment that starts to come undone, it will end up torn all the way through; if no one gives a thought even to a few roof tiles that have fallen, in the end the whole house will collapse” (St. John Chrysostom, Homily on the first letter to the Corinthians, 8, 4).

To our request for clarification, Archbishop Viganò, after a week, has not yet responded. In exchange we have been violently attacked by numerous blogs that spread his thinking. The ferocity of this reaction confirms how necessary our contribution was. I am not referring to those who have stooped to slander and defamation that on account of their absurdity do not deserve my consideration, but to those who have raised the doubt that I may have some hidden interest in this controversy. Today the relativist mentality is so widespread that it is impossible to conceive that there can be anyone who fights purely out of love for the truth. Those who believe that every action must be explained by base sentiments and dark interests are evidently accustomed to acting in this way and fail to understand the disinterest of souls raised higher than their own. Thus St. Gregory of Nazianzen states that these “are accustomed to judging the sensibility and conduct of others on the basis of their own way of acting and feeling” (Fuga e autobiografia, Città Nuova, 1987, p. 33).

Finally, there are those who accuse me of wanting to divide the traditional world. These are the same accusations that during Vatican Council II were leveled at the Council Fathers of the Coetus internationalis by certain conservative bishops who placed Church unity above the Truth of the Gospel, even when the visible body of the Church was already objectively splintered.

Italy is celebrating the 700th anniversary of the death of Dante Alighieri (1265-1321). The great poet, who personally participated in the political and religious struggles of his time, harbored a strong contempt for the timid and fainthearted. “The sad souls of those / who lived without disgrace and without praise” (Inferno, III, 36), are the first group of spirits that he meets as soon as he crosses the threshold of hell, mingled with the wicked choir “of the angels that were not rebels / nor were faithful to God.” This is the “third party” of those who call their cowardice “prudence,” always refraining from taking a position in the great doctrinal conflicts of history.

Internal struggles and divisions have always accompanied the history of the Church. Why does God permit them? In the first letter to the Corinthians St. Paul writes: “It is necessary that divisions arise among you, to show who are are the true believers in your midst” (1 Cor 11:19). Divisions, St. Vincent of Lérins explains in turn (Commonitorium 19,1), are permitted by divine providence, because: “The Lord your God is putting you to the test, in order to know whether you love him with all your heart and with all your soul” (Deuteronomy, 13:3). In fact, “the true and authentic Catholic is the one who loves the truth of God and the Church, the body of Christ, who places nothing before divine religion and the Catholic faith, neither the authority of a man, nor love, nor ingenuity, nor eloquence, nor philosophy” (Commonitorium, XX, 1).

Finally, I am accused of conducting an ad personam polemic, but it is a typically liberal mistake to face the cultural and religious battle by making an abstraction of those who promote and defend the ideas we are fighting. Most of St. Augustine’s work was a personal and doctrinal polemic at the same time, as the titles of many of his works bear witness: Contra Fortunatum; Adversus Adamantium; Contra Felicem; Contra Secundinum; Quis fuerit Petilianus; De gestis Pelagii; Contra Julianum (Dom Felix Sarda y Salvany, Le libéralisme est un péché, Editions de la Nouvelle Aurore, 1975, p. 116).

This is why I will continue to fight in defense of the truth in a fair and impartial manner, without shirking personal disputes. Such a great counter-revolutionary as Jacques Crétineau-Joly (1803-1875) reminds us that “for the historian, the only form of charity permitted is the truth”. (Roberto de Mattei)

Truth is the only charity allowed to history was last modified: Giugno 30th, 2021 by Roberto de Mattei
Tweet