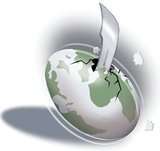 (By Robert R. Reilly, Washington Times 5/1/12) Ideas have consequences, as Richard Weaver famously wrote. If one misconstrues the ideas of the Islamists who are coming to power in the Middle East, one inevitably will misjudge the consequences. Take Reuel Marc Gerecht’s recent article in the Wall Street Journal, “The Islamist Road to Democracy.” In it, Mr. Gerecht, a former CIA hand now at the Foundation for Defense of Democracies, says the Islamists are winning but we shouldn’t worry.

The West went through worse and came out democratic. In fact, he says, the Middle East has suffered from Western communist and socialist ideologies, which left Islam as the last refuge. So what did we expect? They will work it out on their own terms. This transition may not be pretty to watch, but in the long run, it will “evolve” organically to real democracy. In fact, Mr. Gerecht says, “[The Islamists] are the key to more democratic, liberal politics in the region.”

Come again? Mr. Gerecht admits his thinking is “counterintuitive,” but it comes closer to missing reality altogether. How do you miss a target this big? Mr. Gerecht’s misplaced optimism is based on two things: misconceptions about the West – particularly the historically unjustified view that upheaval ultimately and necessarily leads to improvement – and a profound misunderstanding of the Islamist Shariah agenda.

Mr. Gerecht thinks we in the West got so tired of killing one another in religious wars that we secularized ourselves and became democratic. The same can happen in Islam, even though “Islam hasn’t seen the sustained barbarism that plagued” Europe. This construction of history is faulty in two ways. This is not the way democracy developed in the West, and the history of Islam is not as sanitary as he implies.

As the outcome of religious wars in other civilizations has shown, alternative pathways to democracy were and are available. Secularism did not, as he suggests, bring forth liberal values – rather, liberal values produced secularism. The idea of freedom of conscience preceded secularism and was based on the very Christianity that he holds accountable for the killing. Also, the conception of a secular state is uniquely Christian.

On the other hand, was Islam so much more peaceful than barbaric Europe? The war between Iraq and Iran in the 1980s produced a million casualties. Then Saddam Hussein, all by himself, created another million Iraqi victims of his state terror. This is all Muslim-on-Muslim violence, as is most terrorism today. Considering the number of casualties in proportion to the size of their populations, that’s pretty competitive with Western barbarism. Let us not forget what Islam has done in its past – albeit to non-Muslims. Historian Will Durant said, “[T]he Islamic conquest of India is probably the bloodiest story in history.” How bloody? Belgian writer Koenraad Elst estimates that “the Indian [subcontinent] population decreased by 80 million between 1000 (conquest of Afghanistan) and 1525 (end of Delhi Sultanat).” That would stand up well against any bloody religious war in Europe. None of this produced democracy.

Mr. Gerecht also claims that the Middle East has embraced the view that “Islam is the answer” because Islam became a haven from the tyranny produced by imported Western ideologies. However, that ignores the fact that before the post-World War II descent into tyranny, the British Empire had created model constitutional monarchies in places such as Iraq and Egypt, which enjoyed real parliaments, limited government, the rule of law, independent judiciaries and a relatively free press. So the real question becomes: Why didn’t democracy lead to more democracy in the Middle East, rather than to its overthrow? It does no good to say the West did this to the Middle Eastern people; they did it themselves.

Altogether, Mr. Gerecht’s misconceptions have led him to the perverse view that the Islamists are critical “to the moral and political rejuvenation of their countries.” Yet he fails to note that the notion of freedom of conscience, a necessary prelude to the secularism he espouses, is entirely absent from their thinking, as it is, indeed, from Islam itself. According to Pew Research, about 84 percent of Egyptians support the death penalty for apostasy from Islam. In his book “Islam and Secularism Face to Face,” Sheik Yusuf al-Qaradawi, the de facto spiritual leader of the Muslim Brotherhood, states that “secularism is atheism.” Also conspicuously missing is the idea that all people are created equal, the cornerstone principle of democratic, constitutional government.

Only by neglecting the importance of ideas could Mr. Gerecht make the astonishing prediction that this will lead to democracy and say such groundless things as “how powerful the appeal of democracy is among the faithful.” Listen, rather, to the realism of Sudanese writer Al-Hajj Warraq, who recently said in a television interview, “Democracy is about more than just the ballot box. Democracy is a culture engraved upon the cerebral box before it is the ballot box. One cannot talk about freedom in the absence of free minds. The tragedy of the Arab Spring is that when the tyrannical regimes fell, the fruits were reaped by movements that preach closed-mindedness, rather than free thinking. The outcome will be regimes that are worse than those that were toppled.”

Why is this happening? Things are headed in this direction because, as Islamist thinker Azzam Tamimi explains, the real struggle of the future is “going to be about who is Islamist and who is more Islamist, rather than about the secularists and the Islamists.”

The misguided idea that Islamist victory will lead to democracy works only in the following, highly ironic way. A Muslim intellectual reformer from the Middle East recently sent me this bitter message: “As I see, this new Islamic wave is necessary. It is similar to the necessity of Nazi party control of Germany. The Nazis caused many historical disasters, but these disasters were quite strong and hard lessons for Germans and the world. Middle Eastern societies are in need of learning such a hard lesson from these retarded parties.”

Let us pretend that my Arab friend, similar to Mr. Gerecht, was not being sarcastic. Then, we would have to point out to him that Germany only learned its hard lesson because it lost the war to the Allies. What if the Nazis had won? That would have produced a contrary message. In what war are the new Islamist governments going to be defeated in order for them to learn their lesson? If this is the “Islamist road to democracy,” Mr. Gerecht can keep it.

Robert R. Reilly, a former director of the Voice of America, is senior fellow for strategic communication at the American Foreign Policy Council.