Viganò case: Who is the real author of the writings of Archbish...

The Viganò Case: The Archbishop and His Double 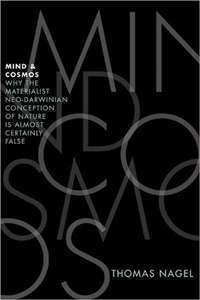 (By M. D. Aeschliman, National Review Online) Thomas Nagel is one of the world’s outstanding living philosophers in the Anglo-American analytical tradition: He publishes his books with the Oxford and Cambridge university presses and writes for The New York Review of Books and the Times Literary Supplement (TLS). Yet since 1996, he has grown increasingly worried about what he then called “Darwinist imperialism.” In the same essay, “Evolutionary Naturalism and the Fear of Religion,” he criticized “the scientism and reductionism of our time.”

Though an atheist, he doggedly adheres to what Matthew Arnold called “the old but true Socratic thesis of the interdependence of knowledge and virtue” — that is, the ultimate indispensability and inseparability of epistemology and ethics, of the true and the good. He rightly credits such a view to philosophers from Plato and Aristotle, across the Middle Ages, through Descartes and Kant, down to Charles Sanders Peirce, and to the contemporary Christian philosopher Alvin Plantinga — and himself.

His short, tightly argued, exacting new book is a work of considerable courage and importance. Nagel is worried about Darwinism largely because he believes that its aggressive philosophical naturalism ultimately undermines the bases of both reason and ethics. And far from scorning even popular, religiously based antagonism to Darwinism as a sign of backward ignorance, Nagel has the temerity to defend it as a form of common sense fighting “learned foolishness” and imperialistic but suicidally self-contradictory reductionism. “I would like to defend the untutored reaction of incredulity to the reductionist neo-Darwinian account of the origin and evolution of life,” he writes. “It is prima facie highly implausible that life as we know it is the result of a sequence of physical accidents together with the mechanism of natural selection.” He resents the strong-arm, in-your-face atheism of Richard Dawkins and Daniel Dennett as a kind of bluff, and bold-faced cheek: “What is lacking . . . is a credible argument” that the full-throttle Darwinian “story has a [real] probability of being true.” This is plain speaking, and it has gotten the courteous, judicious Nagel in trouble with our dominant boffins.

To compound Nagel’s effrontery, he has also defended the scientific “intelligent design” critics of Darwinism such as Michael Behe, David Berlinski, and Stephen C. Meyer, all associated with the Discovery Institute. He elicited outrage from the Darwinian thought police with his praise of Meyer’s Signature in the Cell: DNA and the Evidence for Intelligent Design, which he chose as one of the books of the year for the TLS in 2009. The “problems that these iconoclasts pose for the orthodox [Darwinian] scientific consensus should be taken seriously,” he writes. “They do not deserve the scorn with which they are commonly met. It is manifestly unfair.”