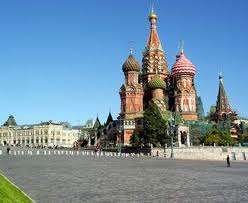 by Matthew Cullinan Hoffman, MOSCOW, Russia,  May 30, 2012 (LifeSiteNews.com) – Orthodox Christians blocked an attempt Sunday by homosexuals to demonstrate outside of the Moscow City Council in response to the city’s ongoing refusal to permit a “gay pride” parade within its jurisdiction.

Calling the event “Gay Pride 2012,” despite the ban, protesters held rainbow flags and signs, and made declarations to the media. At least one wore a Wicca symbol on her neck.

According to video posted on YouTube by march supporters, Orthodox activists disrupted the event by snatching the signs from the protesters, and even splashing holy water on them.  Some scuffled with demonstrators and took swings at them, although there were no reports of injuries. Moscow police followed up by arresting the homosexual protesters, although some Orthodox were arrested as well.

Pro-family activist Dmitry Tsarionov told reporters: “I will not allow perverts to bring the wrath of God onto our city,” and added: “I want our children to live in a country where a sin that so awfully distorts human nature is not preached in schools,” according to the Associated Press.  He held a sign that read: “Moscow is not Sodom.”

Homosexual leader Nikolai Alexeyev was one of those arrested, claiming that Russia is a “totalitarian state” because of its refusal to permit him to speak to reporters during the demonstration.

Alexeyev’s arrest at the demonstration follows another arrest in April in St. Petersburg, where he violated the law against exposing minors to homosexual propaganda by holding a sign on a public street that read “Homosexuality is not a perversion.”

Recent polls indicate that a majority of Russians are in strong agreement with the government’s opposition to the homosexual political agenda.

A national poll conducted by state-run pollster VTsIOM in April, showed 86 percent of 1,600 respondents nationwide said they supported a ban on the promotion of homosexual relationships. A 2010 poll found that 74 per cent of Russians said homosexuals are “morally dissolute or deficient” and believe that homosexuality is “an amoral mental deviation.”

Although sodomy has been legal in Russia since 1993, city governments have acted to prevent homosexuals from advocating their lifestyles in public, banning “gay parades” and passing laws against propagandizing in favor of homosexuality in the presence of minors.

Legislators at the national level are preparing to debate a bill that would outlaw such propaganda throughout the country.