Priest appointed as pastoral director of allen hall seminary in ...

The Church’s new penal canon law: The good, the bad, and t...

Address at the March for Life in Rome, by H.E. Antonio Suetta, t...

The mystery of the Holy Trinity and Daily Christian life

A most unfortunate roman intervention

The order of God in the world disorder

When confusion enters the traditional world 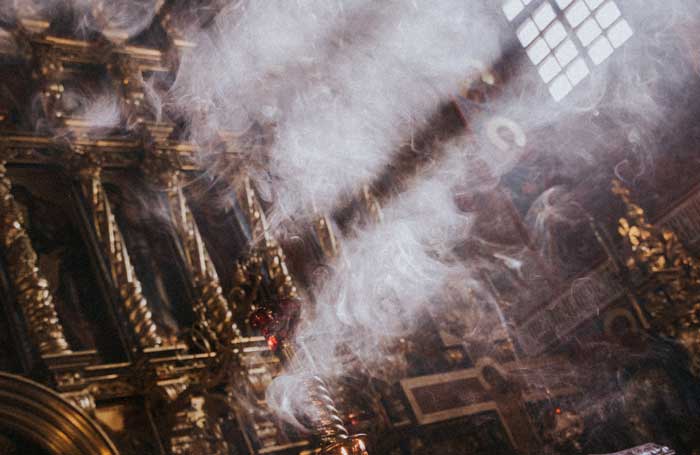 (Roberto de Mattei, Voice of the Family – June 9th, 2021) In his famous speech delivered on the feast of Saints Peter and Paul, 29 June 1972, Paul VI referring to the state of the post-conciliar Church, declared that he had a sense that “through some crack, the smoke of Satan has entered the temple of God”.

The “smoke of Satan” is a thick fog that causes disorientation and chaos. With the drive for neo-modernism over the past fifty years, the smoke of confusion has pervaded the Church; however, an archipelago of islands, which we could define as the “traditional world”, has been preserved from it. A movement for the return to order has developed on these islands, taking the form of resistance to certain documents and acts of Pope Francis, from the post-synodal exhortation Amoris Laetitia to the enthronement of the statue of Luther and the Pachamama idol in the Vatican. However, in the year 2020 something new happened. The spirit of chaos seems to have extensively penetrated even the islands of Catholic Tradition, evoking controversy and resentment where, until then, convergence of principles and action had ruled. The good use of reason has often given way to emotional impulses, consistency to contradictions, solid proof to extravagant narratives.

An example of this confusion was the international summit held online, 30 May 2021, on the theme: “A great awakening for humanity? The post-Covid era: our future between science and transcendence”. The event dedicated to Msgr. Antonio Livi (1938-2020), the recently deceased Catholic philosopher, gathered about fifteen names, of whom only three have an international reputation: Archbishop Carlo Maria Viganò, the American politician Robert F. Kennedy and the Russian philosopher Aleksandr Dugin.

Robert F. Kennedy Jr, like his entire family, belongs to the Democratic Party and in 2008 he financed Hillary Clinton’s election campaign. He is considered the leader of the anti-vaccination movement in the United States and has been listed as one of the “Disinformation Dozen”, the twelve chief influencers who, according to a report issued by the Center for Countering Digital Hate, are behind 65 per cent of all posts and tweets against vaccination shared on Facebook and Twitter. His third wife is actress Cheryl Hines.

Kennedy restricted himself to sending a message to the symposium which was read by one of his Italian disciples, Dr Antonietta Gatti. She is the wife of researcher Stefano Montanari; both are engaged in a fight against the “health dictatorship” and scientific dogmatism. Like other speakers at the conference, in an irrefutable style and manner, they also proclaimed scientifically unproven “truths”, such as, that there is no coronavirus pandemic; that there is no health emergency; that vaccines are not only useless but harmful; that those who have been vaccinated represent the real danger of contagion for others and not those who have not done it. This demonstrates how anti-vaccination ideas can also become a more stringent health dogma than vaccination.

Robert Kennedy is also an ultra-environmentalist, like one of the other speakers, Eduardo Zarelli of Edizioni Arianna. Zarelli is one of the propagators of the so-called “deep ecology” in which the anthropocentric paradigm is replaced with the “ecocentric” paradigm and according to which man is only an offshoot of Gaia, the “Mother Earth”. The deep ecology sees man as part of an organic continuum which consists of interconnected elements: animal and plant species, food chains, hydrogeological and climatic assets. There is no qualitative difference between the life of a human being, an animal, a plant or a rock. The only thing left to do for men, as envisaged by one of Zarelli’s mentors, Aldo Leopold, is to “begin to think like the mountains”, or rather give up thinking. (Pensare come un montagna, Publisher Piano B, 2019) This cosmology does not appear to be too far from the religion of nature promoted at the Pan-Amazonian Synod of Pope Francis, which has also been strongly criticized by other speakers starting with Archbishop Viganò.

Another distinguished speaker, the journalist Aldo Maria Valli, presented himself as a liberal Catholic who adheres to the values ​​of democracy and parliamentarianism which are being denied by the tyranny of the state. Referring to Alexis de Tocqueville in his talk, he called for a protest against the suspension of constitutional guarantees and personal freedoms. Yet another online speaker Alexandr Dugin writes in his book Political Platonism that “behind ‘democracy’, understood as a political regime with a corresponding value system, lies the West, Europe and the United States. For them, ‘democracy’ represents a form of a secular cult or an instrument of dogmatic politics, whereby in order to be fully accepted in Western society, it is necessary first of all to be ‘for’ democracy. […]”. But “raising it to the rank of dogma and rejecting its alternatives end the very possibility of a free philosophical debate”.

Dugin, a follower of the neo-pagan Julius Evola (1898-1974) and founder of the National Bolshevik Party in Russia, is a bitter enemy of liberal democracy which he opposes with imperialism with barbaric roots. It would be interesting to know what Valli and other speakers think of his thesis that “the Mongolian state of Genghis Khan offered Russia an important experience of centralized imperialistic organization, which largely predetermined our rise as the Great Power from the 15th century, when the Golden Horde collapsed and Muscovite Russia settled in the territory of north-eastern Eurasia”. Dugin presents this in his Manifesto of the Great Awakening against the Great Reset. Today Putin’s Russia, heir of Genghis Khan, has the mission to “be the ‘Katéchon’, ‘the one who withholds’, preventing the arrival of ultimate Evil in the world”. Therefore, Dugin explains, “Russia’s imperial awakening is intended to be a symbol of the universal revolt of peoples and cultures against the liberal globalist elites. Born again as an empire – as an Orthodox empire – Russia will be an example for the other empires: Chinese, Turkish, Persian, Arab, Indian, as well as Latin American, African … and the European ones. Instead of a single globalist ‘Empire’ of the Great Reset, the Russian awakening should coincide with the beginning of an era characterised by multiple empires, which reflect and embody the richness of human cultures, traditions, religions and value systems.” Among the points of reference for the National Bolshevik Dugin is the Chinese Communist Empire. He writes, “The current Chinese leader Xi Jinping is ready to make tactical compromises with the West, but he is resolute in ensuring that China’s sovereignty and independence grow and strengthen”.

Naturally, Dugin did not talk about this at the conference, and no one understood what he talked about. However, he appeared as the most prominent figure of the meeting, together with Archbishop Viganò. But it seems difficult to believe that the latter, as well as other speakers, could accept the Russian political scientist’s ferocious aversion to the West and to the “Latin heresy” of the Church of Rome.

Of course, different scholars with different theses present at academic conferences. But the summit on the “Great Awakening” was not a scientific meeting, but a “militant” one. In such cases, the overall message conveyed at the event is judged. One wonders what the message given at this conference is if not that of an enormous confusion to the detriment of the traditional Catholic world.