De Mattei: 2021 in the light of the Fatima Message and Right Rea...

The Persecution of a Finnish Parliamentarian

Why Remain Catholic, in Spite of Everything

Many Plenary Indulgences available throughout the Year of Saint ...

Will “Moderate” Joe Biden Lead to a Communist Grip on Americ...

True and False Conspiracies in History. In memory of Father Augustin Barruel (1741-1820) 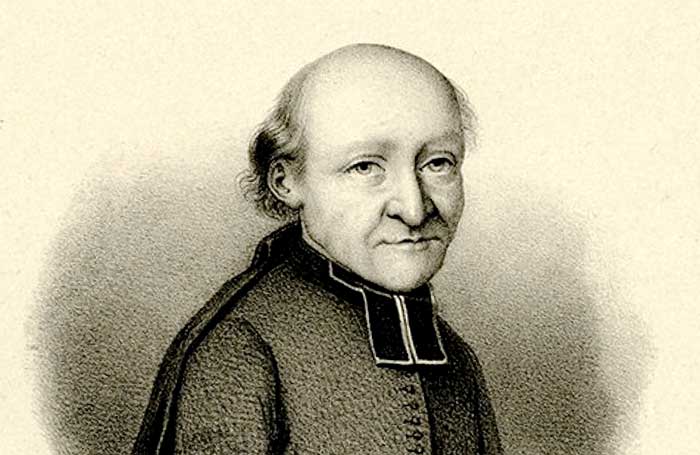 (Roberto de Mattei, Rorate Caeli – January 13, 2021) Among the anniversaries forgotten in 2020, was the bicentenary of the death of Father Augustin Barruel, one of the top Counter-Revolutionary writers of the 19th century.

Barruel was born in Villeneuve-de-Berg, France on October 2, 1741 and at the age of sixteen he joined the Society of Jesus, which however, after being banned in France, was suppressed in 1773 by Pope Clement XIV, under pressure from the illuminist sovereigns. Barruel lived as a secular priest, in Paris, where, between 1788 and 1792, he wrote Le Helviennes ou lettres provinciales philosophiques (1781) against Rousseau and Voltaire’s “philosophical party”, and directed the Journal ecclésiastique, a publication, in which, week after week, he continued ceaselessly to denounce the responsibility of the Illuminists in the French Revolution that had just broken out.

After the 1792 massacres, he was forced to go into hiding and then he emigrated to London, where he wrote the Histoire du clergé pendant la Révolution française (1793) e i Mémoires pour servir à l’histoire di jacobinisme (Fauche, 1798-1799). This work was a great success, reprinted many times and translated into the main European languages (the work was republished by La Diffusion de la Pensée Française, in 1974 and in 2013, with an introduction by Christian Lagrave).  In 1802, after the Church’s Concordat with Napoleon, Father Barruel, returned to France, became Canon of Notre Dame Cathedral and in 1815, when the Society of Jesus was re-established, he returned once again to his Order. He spent the last years of his life in the community of Jesuits at Rue des Postes, in Paris, where he died on October 5, 1820.

In the third and fourth parts of his Mémoires, Barruel exposed the existence of a conspiracy against the thrones and altars by the “Bavarian Illuminati”, a secret order founded in 1776 by Adam Weishaupt (1748-1830), Professor of Canon Law at the University of Ingolstadt.  Officially the  Illuminati proposed the moral perfection of its members, but the aim of the sect, structured according to a strict gradualism, was a Communist-style-social revolution. The social-anarchy program was revealed only to the followers at the highest levels.

In 1786, the police of the Duke of Bavaria (Karl Theodor), discovered the conspiracy and sequestered extensive documentation which was sent to the courts of Europe to inform them.  Father Barruel came into possession of the documents and published them in his work. At the beginning of the 20th century, a non-Catholic historian of  Freemasonry, René Le Forestier (1868-1951), explored the German archives scrupulously, finding full verification of what Barruel had published. “Barruel – he writes – read everything. His numerous citations are translated from the German  in a somewhat free but faithful fashion.  From the confusing mass of documents that he had gathered, from the thorough analysis of the original writings, he was able to extract a slightly tendentious, but full report of the organization, the order and its history.” (Les Illuminés de Bavière et la franc-maçonnerie allemande, Hachette, Paris 1914, pp. 687-688).

The Illuminist sect survived, to the extent that in 1832, the Prince of Metternich wrote that he believed it had never been destroyed (Mémoires, Plon, Paris 1882, vol. V, p. 368).

In 1818, an old Jacobin revolutionary, Filippo Buonarotti, founded the Perfect and Sublime Masters in Geneva, a revolutionary secret society that mirrored the organizational structure and program of the Illuminists of  Bavaria. A historian of Marxist extraction, Armando Saitta, discovered and published the Italian revolutionary’s documents ((Filippo Buonarroti. Contributi alla storia della sua vita e del suo pensiero, Storia e Letteratura, Roma 1950-1951). On the first level of society, liberal ideas and the observance of religion were professed; on the second level, the adept was initiated into a more radical, republican doctrine, which included tyrannicide; on the third level, the final program of the sect was revealed: the setting up of a Communist society.

Another scholar, James H. Billington, Professor of History at Harvard and Princeton, documented in a weighty volume, the conspiratorial and secret origins of the major political movements of the 18th and 19th centuries, verifying that there was “a subtle line of apostolic succession from Buonarotti to Lenin”(Fire in the Minds of Men: Origins of the Revolutionary Faith, Basic Books 1980, tr. it. Il Mulino, Bologna 1986, p. 27). The existence of this conspiratorial tradition is documented and indisputable.  The proofs exist. Among historians, Catholics or anti-Catholics, from the right or the left, there may be divergence in the interpretation of the facts, but not about their reality.

On the contrary, the characteristic of  false conspiracy theories is that they cannot offer any documentation or certainty. To compensate for their lack of proofs, they use the technique of narration, which takes hold of the emotions, more than reason, and seduces those, who by an act of faith, have already decided to believe the far-fetched, propelled by fear, anger and rancor. These sentiments are fostered in times of crisis, as is happening in the Coronavirus pandemic, currently taking place. The success of theories like that of Q Anon are therefore not surprising, as it came to the fore when we learnt that among the followers of this fantastical narration were Ashli Babbitt, shot and killed on January 6, inside Campidoglio and Jack Angeli, the shaman of Q Anon, now the ‘male-symbol’ of the invasion.

Q Anon picks up its followers through the revelations of an anonymous internet user, called Q. (Q Anon stands for “anonymous user”), who passes himself off as an official of the Intelligence appointed by the American President Trump and the Pentagon to “send vital information, otherwise hidden, to the population”.  Trump is engaged in an all-out battle against a hidden world government of Satanist pedophiles, the so-called Kabbalah, which seized power in the United States after the assassination of John F. Kennedy and since then the deep state has been in control, except for the military forces.  QA followers affirm, among other things, that the deep state, holds underground, millions of children prisoners, after kidnapping them for the purpose of raping them and drinking their blood, in order to get a psychotropic substance from them: adrenochrome which would confer a sort of  rejuvenation in those using it.

QA thinks the Covid pandemic is an instrument of the “Kabbalah” to enslave humanity. At first QA denied the existence of the virus; afterwards it affirmed that the virus was created by the deep state to implement the “Great Reset” , but President Trump will turn the weapon against the enemy pending the “The Great Awakening”, that is to say, the threshold of a new “golden age” led by Trump and the military.

The recent events in the United States do not indicate President Trump’s imminent triumph, but rather his downfall.  Nonetheless, QA will change scenarios, without any problem at all from its followers. In the era of post-truth, true and false, real and imaginary, are now interwoven, in an atmosphere of astonishing loss of reason and equilibrium.

The existence of a conspiracy aiming at the destruction of the Church and Christian Civilization is in no need of new theories, since it has already been proven by history; neither does it need secrecy, since the Revolution now acts boldly, openly.  A criteria furthermore is essential. The only true conspiracy worth fighting against is that of the forces of darkness against the Catholic Church. All the rest is secondary.

True and False Conspiracies in History. In memory of Father Augustin Barruel (1741-1820) was last modified: Gennaio 14th, 2021 by Redazione
Tweet