The Threat to the Traditional Movement: A Response to Comments on de Mattei's Article on the Vaccines - Corrispondenza romana
Vai al contenuto

Home › International News› The Threat to the Traditional Movement: A Response to Comments on de Mattei’s Article on the Vaccines

The Threat to the Traditional Movement: A Response to Comments on de Mattei’s Article on the Vaccines 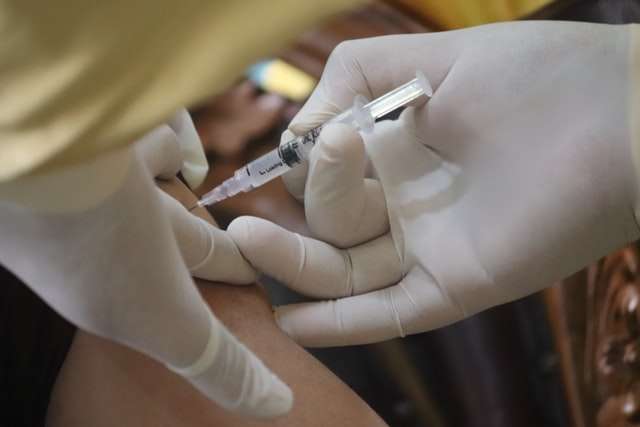 It was with great dismay that I read the many comments on deMattei’s article from readers of OnePeterFive.  In his response to the comments, Mr. Steve Skojec, the blogmaster, presented an accurate and Catholic understanding of the history of the moral decision making process in the Church, which has never been absolutist.  That process and teaching  has to be separated from the basic moral teaching of the Church based on revelation from Scripture.  But even in the latter, there are exceptions even to the Commandments, notably with respect to the sixth Commandment: Thou shalt not kill.  This means that murder is a moral crime.  It means that abortion is a moral crime. But not all killing is murder.  The Church has always recognized that killing someone in self-defense—which includes the situation of war—is morally licit.

What is so depressing about the comments, almost all of which are anti-vaccine, is that they sound like a throwback to the Know-Nothing Party of the 19th century in the United States that was virulently anti-Catholic.  The comments are un-reasonable and therefore un-Catholic.  The irony of Catholics espousing that radical individualism that was once the mark of many Protestants is quite sad.  For the Catholic, the family and the community are primary. The individual comes second.  That is Catholic moral teaching based on the words and example of Jesus Christ.

There are the strident “never vaccines” crowd, who most probably have no memory of the small pox epidemic in the 1940’s in this country and the polio epidemic of the 1950s.  I am old enough to remember them both.  I still have the scar on my right shoulder of the small pox injection of the vaccine that saved many lives and therefore was a blessing to society as a whole.  I remember vividly the polio epidemic, in which friends of my age died or were confined to an “iron lung” or were crippled for the rest of their lives.  I remember schools being closed.  I also remember church bells ringing when the polio vaccine, the Salk vaccine, became available.  All public school students had to be vaccinated before they came back to school.  That pandemic ended, thankfully, because of the Salk vaccine, and the government mandate.

As someone with a Ph.D. in the physical sciences, I have never understood the anti-vaccine rationale.  It would seem to be irrational and therefore un-Catholic to be against vaccines that help save lives and suffering.  To those who are not anti-vaccine per se but refuse to take the anti-Covid-19 vaccines on the basis of questions about the time span of the clinical trials, their efficacy and long-term effects, I ask them: Upon what evidence or data do you base your reservations?  Have you read about the time line, development and use of the polio vaccine in the 1950’s that saved so many lives and prevented terrible and lasting effects?  Have you done research in like manner for the current anti-Covid-19 vaccines?And have you measured these reservations and refusal to take the vaccine against the moral obligation that one has as a Catholic to the well-being of the community in general?  Have you read and thought about the official response of the Church affirming the moral liceity of the vaccines, which response is definitive and readily available online for anyone to read? If you have done your homework, so to speak, and have decided against receiving the vaccine, so be it, and there is nothing more to say.  All I ask is that you stop talking about it in terms of your Catholic faith, for your decision not to take the vaccine has nothing to do with your Catholic faith.

The comments also reveal a strident anti-intellectualism that is inconsonant with the Catholic faith and with being a Catholic.  It is not an exaggeration to say that the intellectual history of the West cannot be separated from the central presence of the Catholic Church within that history.  What concerns me deeply is that this sometimes rabid anti-intellectualism among those who would classify themselves as “traditional Catholics” is threatening the recovery of the Catholic Tradition within the Catholic Church, the heart of which recovery is the Traditional Roman Mass. There is no doubt that to be a faithful Catholic is indeed difficult during this time when not only society in general has been so thoroughly secularized but also because of the continuing climate of weakness and ambiguity on the part of those who comprise the Magisterium of the Church that followed the Second Vatican Council. But given this difficult situation, for Catholics to hide behind an understanding of freedom that is essentially at best Lockean and at worst radically individualistic is to deny the only true freedom: the freedom bought by Jesus Christ on the Cross: the freedom from the effects of sin that is death, eternal death. It is this true freedom that bears the fruit of  the sure hope of eternal life in God.

The Threat to the Traditional Movement: A Response to Comments on de Mattei’s Article on the Vaccines was last modified: Aprile 8th, 2021 by Redazione
Tweet