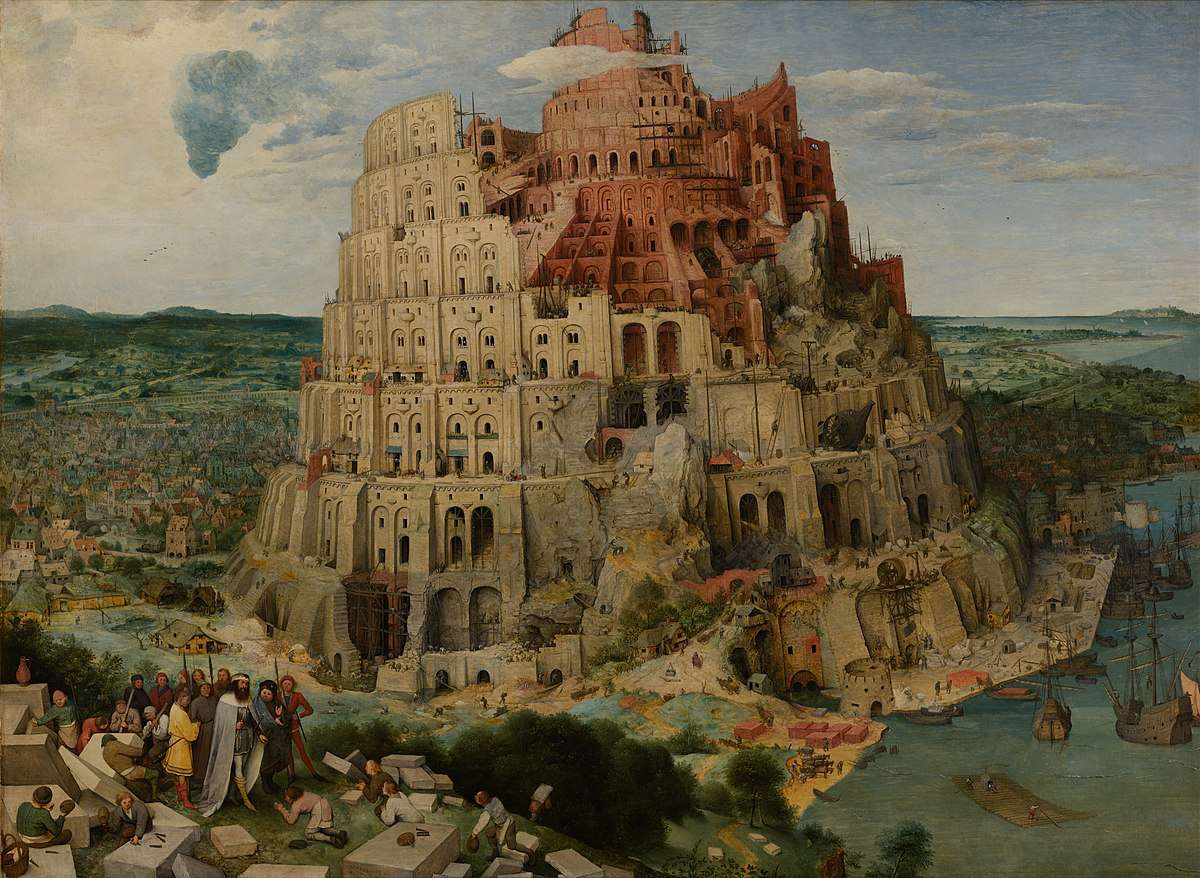 There is something almost biblical about the present chaos and confusion. It defies a secular explanation or narrative by its immense scope. Not so long ago, we were one people, and yet now we are fragmented into a thousand pieces. It is hard to grasp.

This shattering has been a long time coming. Over the years, we have seen polarization that is reflected in ever more intense national elections. Political and cultural differences increasingly divided us—even in the most straightforward and settled things, such as the need to honor the flag and the national anthem.  However, some public discourse remained. A veneer of social interaction and economic prosperity kept things going, regardless of one’s politics.

Now, that veneer is all but gone. It is as if the minds of many are scrambled, and we can no longer communicate as we once did. COVID’s social distancing has become a material image of the ever-greater distancing in our hearts. Discourse takes the form of curses and obscenities shouted at one another. Rage replaces common courtesy.

A Scene of Biblical Gravity

Ours is a scene of biblical gravity. It recalls the plight of those building the Tower of Babel. We have pursued perverse goals and thus lost our point of unity.

The Genesis account of the Tower of Babel tells of the children of Noah, who were “all have one tongue.” They said: “Come, let us make a city and a tower, the top whereof may reach to heaven.”

And the Lord saw their work and “confound[ed] their language, that they may not understand one another’s speech.” He further “scattered them from that place into all lands, and they ceased to build the city. And therefore the name thereof was called Babel, because there the language of the whole earth was confounded.” (Gen. 11:1–9).

A Civilization Without God

Our society has become a giant Babel, and it is through that prism we might come to understand our predicament.

We have created a civilization without God. It is a high-tech society in which we declare we do not need God. We produce everything we need to thrive. Our hyper-organized society has everything under control. God’s moral law is rejected and scorned.  Every pleasure and unbridled passion can be satisfied in our decadent culture.

The logical progression of a civilization without God is for us to declare ourselves gods. We can engineer our own bodies and change the nature of things. Indeed, this idea of becoming gods is the thesis of a bestselling book, “Homo Deus,” in which author Yuval Noah Harari claims we have conquered nature and will now try to turn ourselves into gods.

Like those at Babel, there seemed to be no limits on what we might accomplish in our civilization without God. We have built a tower to heaven in the form of a technological utopia where we can reinvent ourselves and transcend our mortal contingencies.

Enter the coronavirus. If there is one thing that characterizes the response to the crisis, it is confusion everywhere. There is no unity. Above all, there is no wisdom. Everyone disagrees with each other about everything connected to COVID-19 (even its name). A generalized confusion extends beyond the conservative and liberal divide.

People cannot agree on the origins and nature of the virus, how it is transmitted, prevented, or treated. The first lockdown norms were based on the now-proven-false Imperial College London report that predicted the apocalypse. There are a thousand different opinions about the use of masks or social distancing. Families, communities, and businesses are divided.

Media spread fake news. Everyone is confused. Many distrust government statistics, guidelines, and the use of fear as a policy-enforcement tool. We squabble over treatments.

Scattering and Shattering of the People

In the panic of the outbreak, governments lock down everything. Businesses were closed and church worship was severely hamstrung or outright forbidden. Abortuaries, liquor stores, and marijuana dispensaries were allowed to continue as essential services. COVID is the magic word that opens up Ali Baba’s cave with trillions of dollars in economic aid and funding for liberal pet projects.

Family life and social relationships are shattered, as grandparents cannot visit grandchildren, relatives avoid other relatives, neighbors isolated from all. The delightful personal contacts that once were part of our lives are now mediated via online media and cloth masks.

Now racial protests erupt, violating all health norms, with the approval and frequent participation of officials that imposed stay-at-home orders on others. Riots, looting, and property destruction came next.

No one knows the future as some say a vaccine will be ready soon, while others say that we might expect this to continue for years or that we will never be free of the virus. Confusion is the new normal.

The political sphere is full of confusion and stalemate. The crisis is in the hands of governors and mayors who have arrogated to themselves arbitrary and extraordinary powers that many call dictatorial. States impose quarantines on other states. Mayors defy governors and make their own COVID laws. Sheriffs and law enforcement say they will not enforce COVID orders. Governors fight the president, other governors, their state’s legislatures, sheriffs, and mayors. All is chaos.

Our tower reaching unto heaven – a civilization without God—might well be called Babel.

All this happened because we have turned away from God. Our civilization without God has produced not only great wealth but a society full of sin, disorder, and vice. Our unbridled passions are now calling for the end of all restraint. The accumulation of our iniquities has reached the point that it has overwhelmed the social structures that keep order. The coronavirus crisis is merely a catalyst that is bringing the system down. Having exiled God, the target is now the end of civilization.

The only way to end the confusion is to stop building the tower. That means rejecting our culture based upon a civilization without God. Amid the hell we have created, we must realize that we must stop transgressing God’s law and return with singular resolve to God and His moral law. Our confounded minds will then unify and rest in the Lord God, our refuge and strength.

John Horvat II is a scholar, researcher, educator, international speaker, and author of the book “Return to Order: From a Frenzied Economy to an Organic Christian Society–Where We’ve Been, How We Got Here, and Where We Need to Go.” He lives in Spring Grove, Pennsylvania, where he is the vice president of the American Society for the Defense of Tradition, Family and Property.

The COVID Crisis Has Turned Society Into a Tower of Babel was last modified: Agosto 13th, 2020 by redazione
Tweet