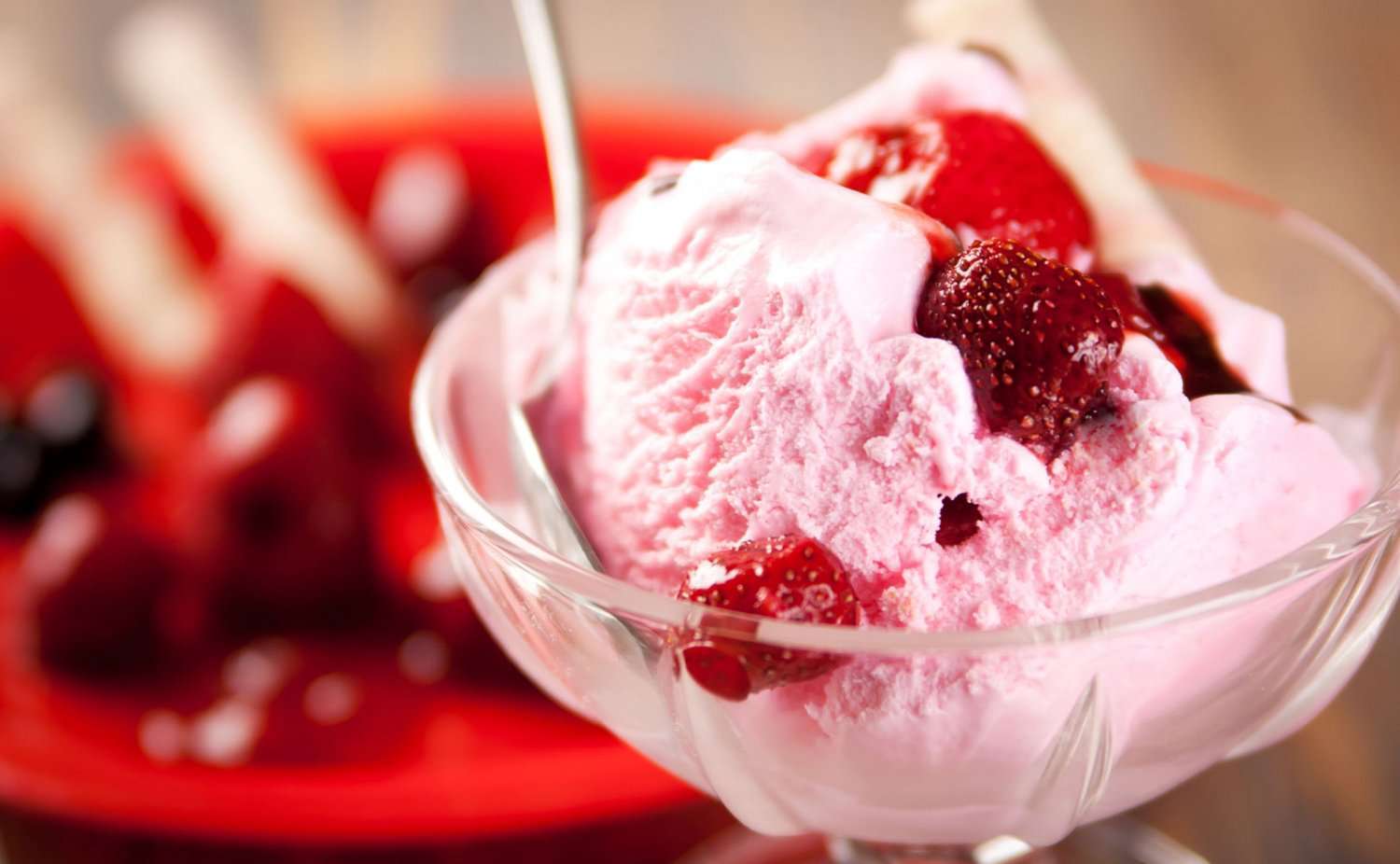 (Peter Kwasniewski, One Peter Five – August 5, 2020) In his latest column, “Bishop Barron Takes on the Rad Trads,” Fr. Dwight Longenecker manages to insult nearly all traditionalists (“they’re not all nut jobs”: gee, thanks!), while at the same time, to his credit, says something important that probably 95% of the bishops and 80% of the rest of the clergy wouldn’t dream of daring to say—namely, that the trads are legitimately upset about many serious problems and scandals, and that their complaints and critiques should not, must not, be ignored:

Bishop Barron and the other bishops should also recognize the phenomenon and listen to what is being said. This is a chance to take the temperature of a sizeable segment of their flock, and the message that is coming across loud and clear is that there are a large number of Catholics who feel abandoned. They’re not all nut jobs, but they love the church and wonder why Pope Benedict resigned. They are increasingly bewildered by a pope they want to love, but who comes across as grumpy and distant, confused and confusing, out of focus and out of touch. They wonder where the McCarrick report is. They wonder why Archbishop Gregory, the successor of McCarrick, is not pushing for full transparency. They are shocked by the betrayal of the Chinese Catholics to the communist regime. They wonder why the pope who was going to be such a reformer keeps surrounding himself with the cabal of plush, heretical German prelates, homosexualists, money launderers and modernists.

Then he seems to shrug his shoulders:

Is all of this true? It almost doesn’t matter if it is true. What matters is that is the perception of the crowd of disaffected Catholics. They feel ignored and marginalized, and in the meantime they are being thrown red meat every day by the media leaders of what is emerging as a neo-Donatist church within a church complete with their own unofficial hierarchy.

The mention of “neo-Donatist church” refers back to a previous column, “Donatism Today,” in which Fr. Longenecker describes how he sees traditionalists, albeit without mentioning them by name. They are extremists characterized by five signs: (1) they seek reform not by becoming saints themselves but by trying to change other people, using force if necessary; (2) they have a sectarian mentality, seeing themselves as “the last of the true and faithful few”; (3) they blame others while exonerating themselves, or, in other words, they are self-righteous; (4) they are fissiparous and fight one another; (5) they deny the validity of sacraments based on the wrongdoing of clergy.

We have all seen bits and pieces of these signs—I imagine they are worse on Twitter, the attraction of which I’ve never understood—but the shoe doesn’t fit as well as Fr. Longenecker seems to think it does.

In all my friendships and interactions with trads over the past thirty years, I haven’t met any who think they are not sinners or who think that others are worse sinners across the board. They justly complain about the lack of pastoral confrontation of sin, irreverence, and abuse, because it’s bad for everybody. They know—even better, it seems, than mainstream Catholics who still, in most locales, rarely frequent the sacrament of Penance—that they need to repent and confess their sins, over and over. They know from experience the truth of the adage “there but for the grace of God go I.”

Trads also tend to understand a basic truth about Church history that is not at all popular in a democratic age: every reform movement has started with a select few, an “elite” if you will, who practice the Faith more strictly, and then, by God’s grace, inspire people by that example to follow the same path. While this can lead to infighting, it also leads to such phenomena as larger families and, proportionally speaking, higher numbers of vocations to religious and priestly life. The “remnant” is a biblical notion: there is always, by God’s Providence, a root from which a new tree springs. We have to be careful not to assume that we are equivalent to this remnant, but neither should we go to great lengths to avoid being in the minority that offers a better way forward, or sometimes the only way forward.

My general complaint about such articles from Fr. Longenecker is that he’s simultaneously tendentious and unserious. Let me explain what I mean. His basic strategy (and this he shares with George Weigel and many other “conservatives”) is to position himself as the embodiment of the Golden Mean: “never too much, never too little, always just right.” There are the liberals way over there, and the trads way over there, and I’m standing tall and proud right here in the middle, with St. John Paul II, St. Teresa of Calcutta, etc. It’s a kind of high horse from which one can, unwittingly no doubt, look down on the poor progressives who are wildly drunk on Kool-Aid and the poor rightwingers who are straight-laced and stone-sober.

That sounds nice and comforting and Catholic. In fact, it’s a clever way to avoid difficult matters. For example, in his review of Taylor Marshall’s Infiltration, he says, in effect: “So what if this is all true? Human beings are sinners and there’s always bad stuff happening.” Similarly, in the article with which we started, we saw that he says: “Is all of this true? It almost doesn’t matter if it is true.” That’s a comfortable cynicism that does not wish to come to grips with the evils actually afflicting the Church, such as the undeniable rupture that occurred in the very bones and flesh of the liturgy after the Council, the dense network of McCarrick connections that has been demonstrated to exist, the extreme evil of the Vatican-China deal, and the corruption of Vatican finances (also a dense network). And that’s not even taking into account Pope Francis’s peculiarly groundbreaking contributions like Amoris Laetitia, the Abu-Dhabi Statement, and the Amazon Synod.

The imaginary Golden Mean, the “just be Catholic” mantra, the comfortable cynicism about corruption and scandal, the “don’t take it too seriously” about heterodoxy and liturgical rupture: somehow, all this goes together. It’s as if… we should just forget about our troubles with a nice big bowl of strawberry ice cream followed by a Rosary. I don’t doubt for a moment that both the ice cream and the Rosary would, each in its own way, do us good. But it is the sort of response that runs a serious risk of leaving the postconciliar blindfold well in place, the comforting half-truths, the reassuring narrative, the happy ending through the inevitable triumph of common sense and good taste.

Fr. Longenecker’s mistake is in thinking that the crisis of the Church will be solved by more slick Bishop Barron media productions that show “beautiful Catholic stuff” and preach a message of sweet reasonableness. Why is that inadequate? Because the demons welcomed into the modern Church, in a positive-thinking interreligious mood gone mad, will not be so easily driven out. They have put down their roots and will require a far more serious campaign of spiritual warfare.

An appropriately serious response would be, first, to acknowledge that the Church—or rather, churchmen—took a wrong turn at and after Vatican II, and to accept with all humility that we need to take up again the full armor and weapons of Catholic tradition: traditional worship, traditional doctrine, and traditional morality, without compromises and without politically correct adjustments. That is not comfortable Catholicism. It’s hard core. It will look extreme. It will look weird and countercultural. That’s okay. That’s how it must be at this time.

Fr. Longenecker sees, as if begrudgingly, that trads are this age’s prophets, speaking out against corruption and immorality. Then, gazing down from his high horse, he lumps them in with Protestant reformers. It is true, and no one will deny it, that some trads have gone off the rails: sedevacantism comes to mind. Yet most trads, it seems to me, are more like the Catholics of the Counter-Reformation, who, guided by a few saintly bishops to a great love for the undiluted Faith, sought to cultivate the interior life of grace with the Church’s sacramental worship and, at the same time, waged war against the evils of the day. Such bishops and faithful often found themselves at loggerheads with secular and ecclesiastical authorities, and did not let it deter them.

This much is obvious, and Fr. Longenecker does well to admit it: traditionalism is a growing movement, and vague platitudes from high up, not to say attempts at disciplining or controlling, will do nothing but stoke its prophetic fire.