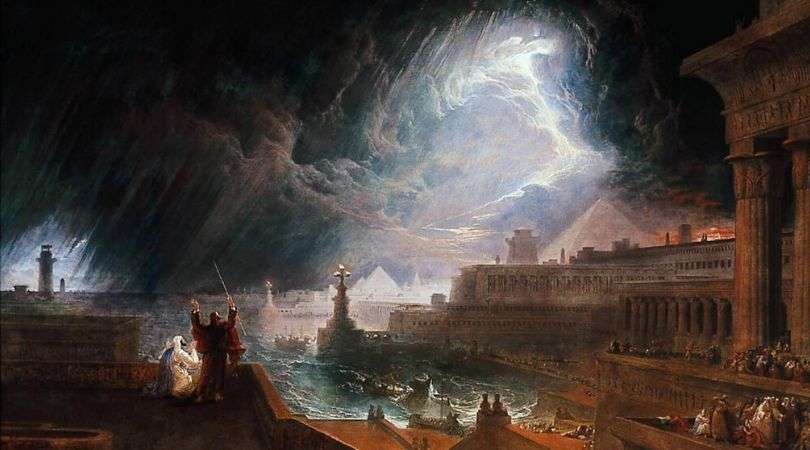 (Jules Gomes, ChurchMilitant – April 2, 2020) The new “Mass in Time of Pandemic,” published on April 1 by the Vatican’s Congregation for Divine Worship, has been stripped of all references to the “wrath of God.”

The liturgy, approved by Pope Francis, eliminates all prayers emphasizing “repentance” — references which abound in the “Recordare domine testamenti” [Remember, Lord, thy covenant] votive Mass — composed and used for deliverance from pestilences since the Black Plague in the mid-14th century.

In the decree authorizing the new Mass, Cdl. Robert Sarah, prefect of the Congregation for Divine Worship, explained that his dicastery had received many requests for “a specific Mass to implore God to bring an end to this pandemic.”

The theological differences between the two votive Masses — the ancient created at the behest of Pope Clement VI at Avignon and the new innovated under Pope Francis — are most striking in the Collect.

In the Collect of the old “Mass for Deliverance from Death in Time of Pestilence,” the priest implores God to “withdraw the scourge of Thy wrath” and “welcome with pardon Thy people’s return to Thee … so long as they are faithful in Thy service.”

The Collect — a prayer meant to gather the intentions of the people and provide the theme of the day’s liturgy — also alludes to 2 Peter 3:9 describing a “God, who willest not the death of the sinner but that he should repent.”

In stark contrast, the new “Mass in Time of Pandemic” Collect asks God to “look with compassion on the afflicted, grant eternal rest to the dead, comfort to mourners, healing to the sick, peace to the dying, strength to health care workers, wisdom to our leaders and the courage to reach out to all in love.”

“This new version does not express a genuine Catholic understanding of pandemic,” eminent English writer Nick Donnelly told Church Militant, “but instead presents a sanitized caricature of God that completely ignores the divine truth revealed in Sacred Scripture and Holy Tradition; that pestilence can express God’s wrath at the human race sunk in the depths of sinful depravity.”

The new liturgy presents an emasculated God who is reduced to only playing a supporting role to the primary agency of human activity. Nowhere in this humanistic liturgy do we find an acknowledgement that God, through His permissive will, has allowed this pandemic to call mankind to repentance; neither does the new liturgy recognize Him as having sole authority and power to end the pandemic.

The Introit in the old Mass pleads with God: “Be mindful, O Lord, of Thy covenant and say to the destroying angel: Now hold thy hand, and let not the land be made desolate, and destroy not every living soul.”

In the new Mass, the Introit works on the presumption that “the Lord has borne our infirmities, and he has carried our sorrows” (Isaiah 53:4).

There is an overwhelming emphasis on divine compassion in the recommended Old Testament, epistle and Gospel readings of the new Mass. “The steadfast love of the Lord never ceases, his mercies never come to an end; they are new every morning; great is thy faithfulness,” reads a portion of the text from Lamentations 3:17–26.

But the Old Testament reading for the pre-Vatican II Mass tells the story of God sending “a pestilence upon Israel” and the angel of the Lord slaying 70 thousand men. Only after King David builds an altar and offers sacrifice does God show his mercy and withdraw the plague (2 Kings 24:15–19; 25).

The Epistle reading in the new Mass has St. Paul in Romans asking: “If God is for us, who can be against us?” and ending with the theme of nothing in all creation, having the power to “separate us from the love of God that is in Christ Jesus Our Lord.”

Significantly, the Gospel reading is the story of Jesus stilling the storm from Mark 4:35–41 — a text which formed the basis for Pope Francis’ Urbi et Orbi sermon.

The Offertorium for the old Mass (Numbers 16:48) points to the sacrificial character of the Mass: “The high priest stood between the dead and the living, having a golden censer in his hand: and offering the sacrifice of incense, he appeased the wrath of God, and the affliction from the Lord ceased.”

The new Mass replaces this with a bland “prayer over the offerings” asking God to accept “the gifts we offer in this time of peril” so they may “become for us, by your power, a source of healing and peace.”

The Postcommunion Prayer in the old Mass reads: “Graciously hear us, O God our Savior: deliver Thy people from the terrors of Thy wrath, and assure them of that safety which is the gift of Thy mercy.”

In the new Mass, the priest prays after Communion: “O God, from whose hand we have received the medicine of eternal life, grant that through this sacrament we may glory in the fullness of heavenly healing.”

Italy’s leading Catholic historian Professor Roberto de Mattei told Church Militant he was “shocked that both in Pope Francis’ Urbi et Orbi sermon last Friday, as in this new liturgy, there is a plea to God for healing and deliverance, but there is not a single word acknowledging the sins of man and no appeal to penance and conversion.”

“This seems to me like a challenge to God, in the sense that we ask God to liberate us from the plague but we don’t want to do what God asks of us,” the historian said.

Professor de Mattei, who recently authored Love for the Papacy and Filial Resistance to the Pope in the History of the Church, explained how “during history, there have been many collective catastrophes like wars, epidemics, famines and earthquakes, which are different from individual catastrophes.”

“Concerning collective disaster, the Church with its popes and saints has always taught that the cause of these cataclysms are the sins of man and so the only remedy is penance, prayer and conversion,” he commented, noting that the angel at Fatima asked for “penance, penance, penance, and what better time for the pope to issue a public appeal for penance than during Lent and Holy Week?”

Catholics visiting the New Liturgical Movement website, which uploaded documents of the new Mass before the Vatican issued it on its dicastery website, mocked the new liturgy calling it an “April Fools’ joke” noting that the new Mass was “markedly different in tone than the Mass in Time of Pestilence from the 1962 Missal.”

“Strangely, the texts of the ‘Mass in Time of Pandemic’ nowhere state what the decree claims to be its purpose: ‘to implore God to bring an end to this pandemic,'” a reader observed.

‘”Consolation’ is the keyword here. [The New Mass] seems very Protestant. In fact, the Collect and the Good Friday oration could be used at any Lutheran assembly,” a commenter stressed, while other Catholics on social media commented on Pope Francis believing in “nature’s wrath but not God’s wrath.”

“All popes and bishops prior to Vatican II would have thought it blindingly obvious that God may well have allowed this pandemic as an expression of his indignation and wrath at a generation that has killed 2 billion babies through abortion and the deaths of millions through man-made poverty and disease in the world’s poorest countries,” Deacon Donnelly lamented.

Pope Francis has also approved a special intention to be used during this year’s Good Friday liturgy. The texts can be used for any Mass with immediate effect during the pandemic except for solemnities; Sundays in Advent, Lent and the Easter season; the Easter octave; All Souls’ Day; Ash Wednesday; and Holy Week.

The “Recordare domine testamenti” Mass was removed from the new missals following the liturgical revision of Vatican II.