Op-Ed by Roberto de Mattei: Questions and Answers on the Pandemic and the Vaccines - Corrispondenza romana
Vai al contenuto

Home › International News› Op-Ed by Roberto de Mattei: Questions and Answers on the Pandemic and the Vaccines

Op-Ed by Roberto de Mattei: Questions and Answers on the Pandemic and the Vaccines 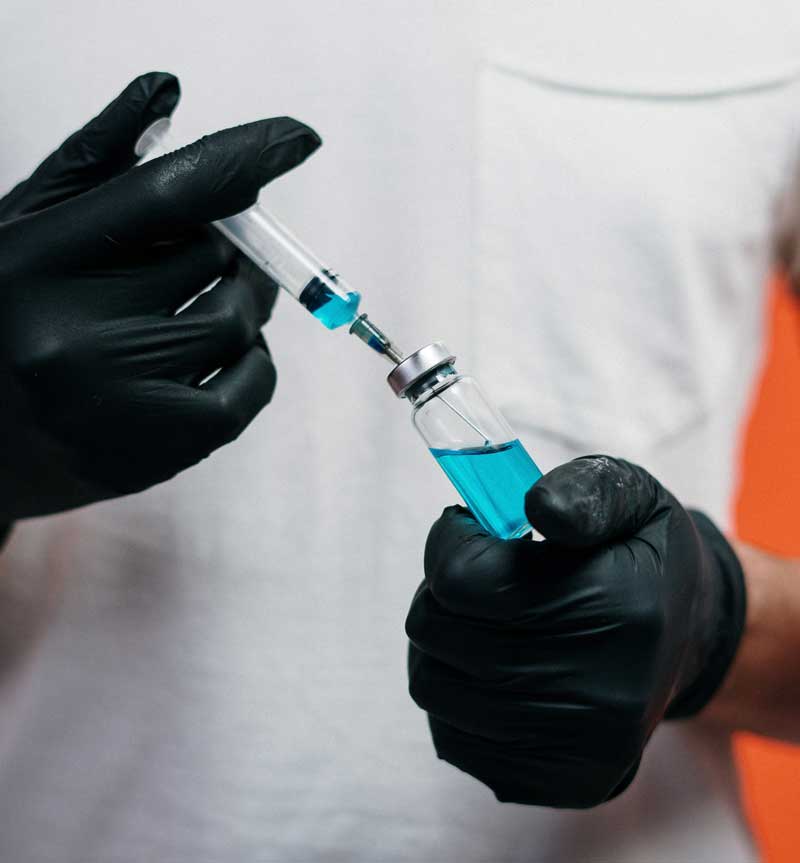 (R. de Mattei, R. G. Cipolla, Rorate Caeli – March 3, 2021) Some Questions and Answers on the Pandemic and the Vaccines. We live in a time of confusion, and what is even more dramatic, this confusion prevails even among the most faithful Catholics, who adhere to the Tradition of the Church

Among these Catholics, during this time of the Pandemic, two questions recur:  1) Is it morally licit to use vaccines against Covd-19 that use cellular lines coming from aborted fetuses? 2) Quite apart from the liceity of these vaccines, is it advisable to receive them, at this time when all the risks to one’s health that they pose are not yet known?

In a study just published by Edizione Fiducia, I have tried to respond in an articulate manner to the first question.  This text is meant  above all for those who want to learn more about the problem of the anti-Covid vaccines in the light of theology and moral philosophy. There is, however, a reply that is more easily accessible for the Catholic with good sense, and this is it:  it is licit to be vaccinated because the Church assures of this, through its most authoritative doctrinal body, the Congregation for the Doctrine of the Faith. On December 21 2020 the Congregation expressed itself with a concise document that refers back to another document that is more comprehensive:  On the Dignity of the Person, dated from September 8, 2008.

The pronouncements of the Congregation for the Doctrine of the Faith are the voice of the teaching Church, in the face of which laity and priests can legitimately express doubts, but always with filial respect, lest they run the risk of justifying every type of dissent, such as that which we see happening at this time against the prohibition, on the part of the same Congregation, to bless homosexual unions.

It is necessary to remember that the moral intransigence of the Church has nothing to do with that “rigorism” that periodically crops up in the history of the Church.  In the third century, the bishop Novation (220-258), in a dispute with Rome, maintained that idolatry was an unpardonable sin, and those guilty of that sin, called the lapsi, could not be readmitted to Holy Communion even if, after sacrificing to idols, they repented.  Novation became an anti-Pope, in opposition to Pope Saint Cornelius (180-253). Novation was supported by St Cyprian (210-225), the bishop of Carthage.  St. Cyprian, in his turn, opposed the next Pope,

St Stephen I (254-257), introducing in his diocese of Carthage the use of re-baptizing heretics. During the next century St. Cyprian’s view was radicalized by the Donatists, who denied the validity also of sacraments conferred by public sinners.  Against these, Saint Augustine brilliantly wielded his pen.

These rigorist ideas were in part taken up again in the eleventh century by some prelates such as Umberto da Silva Candida, who denied the validity of orders of immoral priests who either bought and sold ecclesiastical privileges or lived lives of gross immorality. Saint Peter Damian (1007-1072), while branding as heresy simony and the rejection of clerical celibacy, insisted that the orders of those heretical priests were valid.  The Council of Trent in the 16th century confirmed that these orders were indeed valid.

These examples should be food for reflection on the part of those who today are denying the moral liceity of the vaccines, which liceity has repeatedly confirmed by the Church, in which confirmation all the specific problems involved in this particular question are addressed.

The second question is in the order of practicality:  are the anti-Covid vaccines truly efficacious against the pandemic, and are they risk-free of collateral damage in the long run?  The response to this question is that we do not know, nor do the political and health authorities know for certain.  What is certain is that the victims of Covid are not a “fiction” but a tragic reality.  From the data compiled from Johns Hopkins University, as of March 4, over 2,700,000 people have died and over 124 million cases have been confirmed in the world from the beginning of the pandemic.

One can argue at great length about those who died “because” of Covid or “with” Covid, addressing the claim that the number of deaths that have been attributed to the Coronavirus are greater than what is really the case.  The case remains that, with or without Covid, 2020 was a record year for the number of deaths in the whole world.  According to Eurostat, which collects data produced by national statistical institutes in the various countries of the European Union, it has been verified that in the EU between March and December of 2020 there were 580,000 more deaths compared with the same period from 2016-2019.  In Italy there were 90,000 more deaths, with respect to the mean of the preceding five years.

Medical science is seeking to defeat this virus with the use of vaccines, but it remains to be seen whether this will be successful.  The possibility of failure would point out only the powerlessness of the medical establishment to stop the Coronavirus, and therefore the nature of the pandemic as a chastisement.  But progress in science and medicine takes place through errors in diagnoses and remedies, above all when dealing with new sicknesses of unknown origin.  The political and health authorities that a year ago were being accused of having created a state of emergency artificially, are today accused of wanting to resolve the state of emergency through a “genocidal” vaccine program.  But if one wants to destroy humanity, why not just let the disease run rampant without a need to resort to vaccines that, in the case of Great Britain shows, reduce and do not worsen the number of deaths in a given country? What sense would it make to try to save a population that wants to destroy itself?

In this situation of cognitive confusion, with respect to the options for and against the vaccine, it is necessary to avoid confusing the individual case with that of the public or the collective.  At the level of the individual, each person is free to make a cost-benefit analysis, weighing diverse elements: age, physical health, the advice of one’s personal physician, one’s personal attitude towards sickness and death.  But governments, whether they be good or bad, have as their purpose the well- being of the collective.  When they do their cost-benefit analysis, they do it not in terms of the individual but rather with respect to the collective.   The law that is just is not a law that has an effect on every individual, but rather is the law that is made for all the people.  The application of such a law with respect to the individual is only incidental.  From this aspect, if in the month of March in Italy, there have been more that 500 deaths a day, these victims were killed by Covid, not by vaccines.  It seems logical that the government is advising getting the vaccine, even if the implementation of this plan shows itself to be difficult and confusing. Everyone, in the end, is free to decide to accept or refuse the vaccine offered by the government.

There is a final aspect that must be addressed.  A year ago, someone who asserted that the pandemic was not a fiction but a reality, was accused by the so-called “deniers” of belonging to the “party of health”, consisting of those who allowed themselves to be conditioned by the mass-media alarmism.  But those who yesterday were criticizing being health conscious, are today creating a new party or movement that opposes vaccines in the name of protecting one’s own health. For the “deniers” of yesterday, who are today the “anti-vaccine-ers,”, the preoccupation for one’s own health is now the most important thing, to the point of constructing new moral theories to demonstrate that the vaccines are morally illicit.

In reality, the only real party that is worth fighting for is the party of God.  Our life is in his hands, and it will be he who, after having permitted the pandemic, will show us whether it is his will or not that the pandemic be defeated by the vaccine.

At all events, we will adore his will.

Op-Ed by Roberto de Mattei: Questions and Answers on the Pandemic and the Vaccines was last modified: Marzo 31st, 2021 by Redazione
Tweet