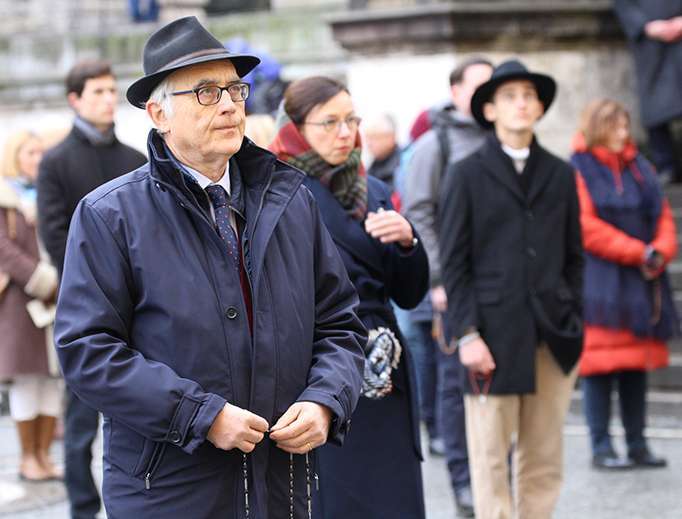 (Edward Pentin) MUNICH — Lay faithful from around the world stood for an hour in silent prayer in the center of the Bavarian city of Munich today to ask Pope Francis and Germany’s bishops for “clarity and coherence” and an end to “dissimulation and deception.”

The group of around 130 laity, including Germans, Italians, Americans, Austrians, Brazilians, Canadians and Chileans, made the appeal due to concerns about the German bishops’ two-year “synodal path” that fully gets underway with its first general assembly on Jan. 30.

Among those present at the event was retired apostolic nuncio to the United States and whistleblower Archbishop Carlo Viganò, making his first public appearance since he went into hiding after issuing his scathing testimony in criticism of recent Church leadership in August 2018.

The participants gathered under the name Acies Ordinata, a Catholic title reserved for Our Lady who assembles an army of the faithful to defeat her enemies.

In a Jan. 18 statement, they asked Pope Francis to state if he agrees with the “doctrinal deviations” that they say are supported by many German bishops.

The Holy Father is “not ignorant of the positions of the German bishops,” they said, “nor of their objective, which is to extend the ‘binding’ decisions of their ‘permanent synod’ to the universal Church.”

The participants also appealed to the German episcopacy to be “just as coherent” in following the synodal path “to its logical end-point” which, the statement asserted, is a “new church, with a German-Amazonian face” that is “separate” from the Catholic Church.

They lastly urged German Catholics to “contribute to this process of clarification” by refusing to pay Germany’s mandatory Church tax, which they said is “theologically, canonically, and morally reprehensible” and being used to fund the synodal path. 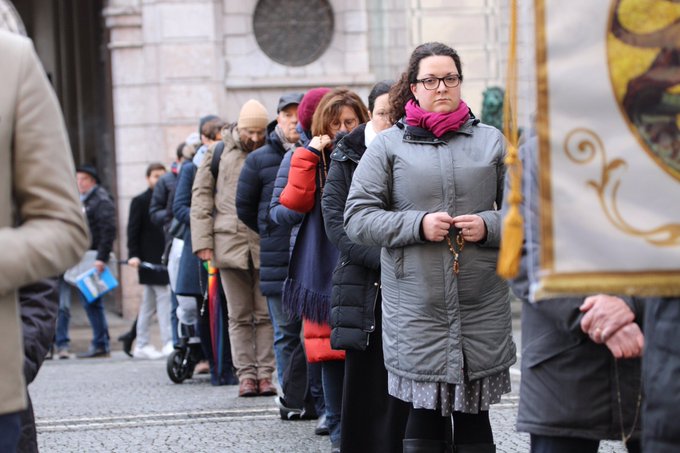 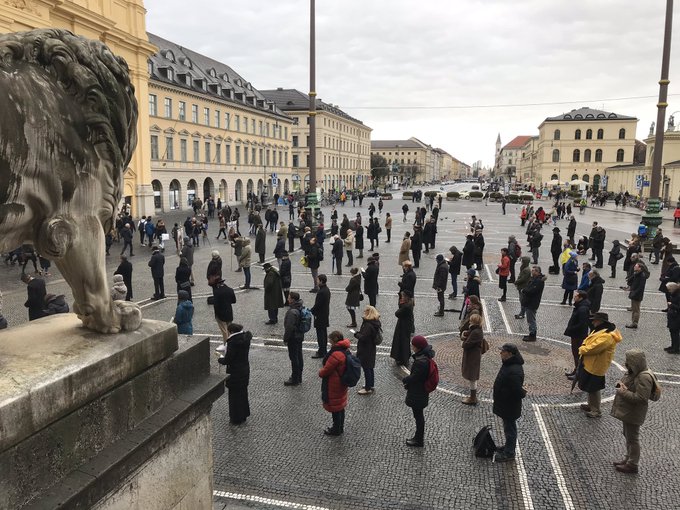 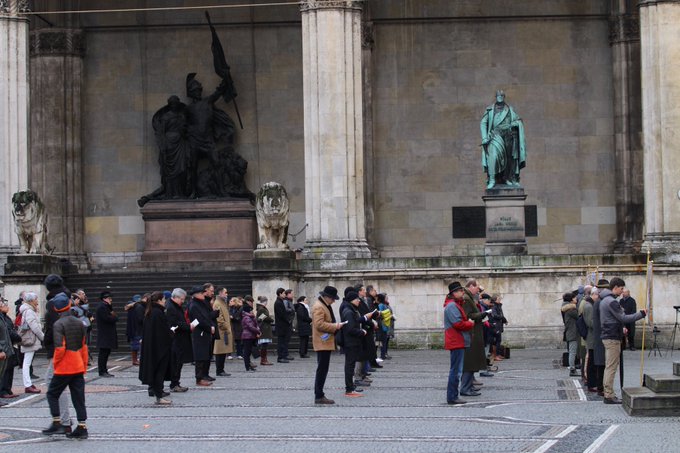 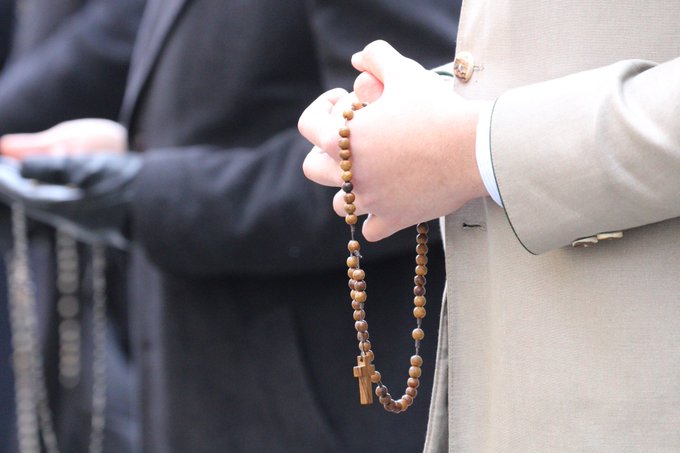 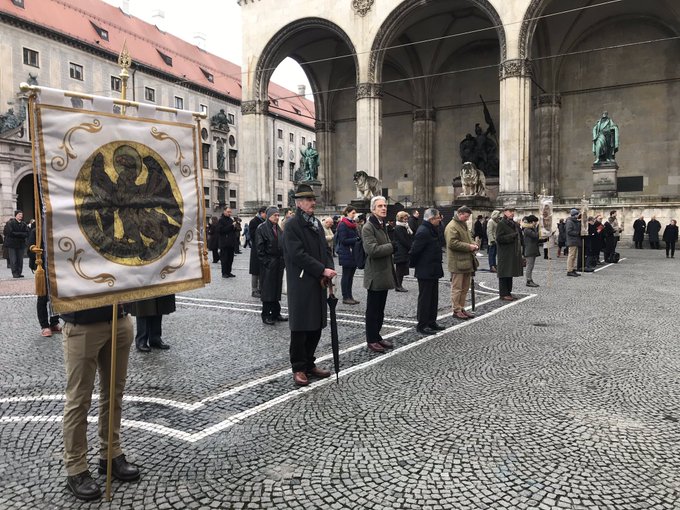 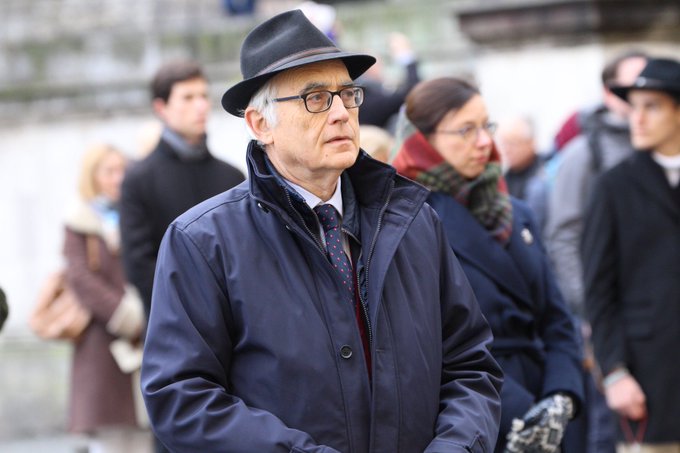 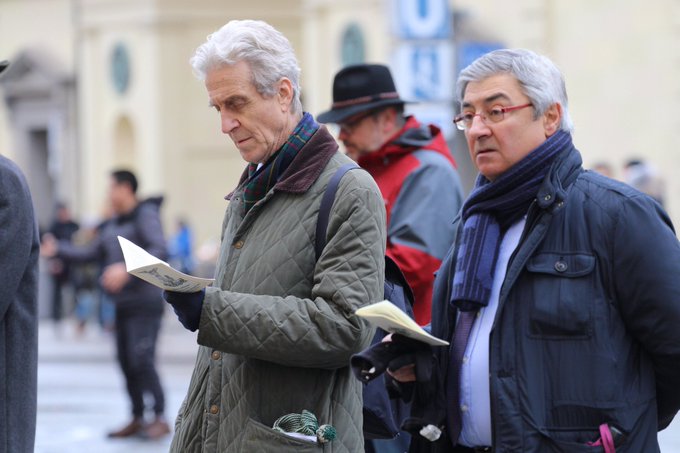 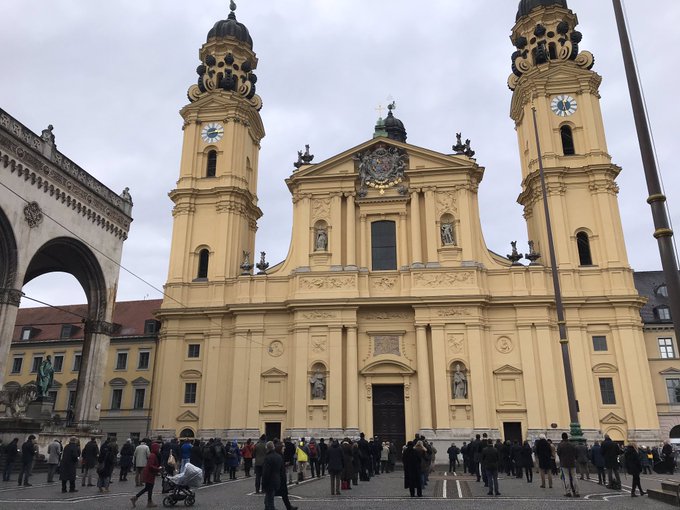 45 people are talking about this

The German synodal process, which formally began on Dec. 1, is aimed at discussing “key issues” arising from the clerical sex-abuse crisis, in particular the Catholic Church’s perennial teaching on priestly celibacy, human sexuality and the role of women in the Church.

Its supporters argue that the synodal path, whose participants will include both clergy and laity, is a process of listening and dialogue, which aims to overcome differences, find solutions and lead to “conversion and renewal.”

But critics are concerned the two-year synodal process will result in proposals that will undermine the Church’s teaching, lead the Church in Germany into schism and ultimately spread doctrinal chaos throughout the Church.

“What is at stake is the future not only of the German Church but of the universal Church,” the protesters said in their statement today. “This is the hour of clarity and coherence and we ask for the end of the dissimulation and deception.”

Their concerns have been heightened by the fact that the Church in Germany was a driving force behind the Synod of Bishops on the Pan-Amazon Region last year, which resulted in controversial proposals to ordain married men as priests in the region and expressed an openness to a female diaconate. In November some German bishops said the synod coincided with their own reflections for the synodal path.

Invoking Our Lady of Victories

The protesters pointed out in their Jan. 18 statement that the choice of Munich as the venue for their protest was historically significant, as in 1609 “a Holy League” of German Catholic states was formed to defend the faith. Then, 11 years later, Catholic forces, led by Duke Maximilian of Bavaria, constituted an Acies Ordinata that fought and defeated an enemy army with the cry of “Holy Mary!”

“We also constitute an Acies Ordinata, and we ask the Queen of the Angels and Saints, and especially Saint Cajetan of Thiene, patron of the church where we are gathered, to assist us in our peaceful defense of the Faith and of Christian Civilization,” the statement concluded.

Today’s demonstration, which also took place on the Feast of the Chair of St. Peter in the Extraordinary Form of the Roman rite, follows two other Acies Ordinata in Rome last year, one ahead of the Vatican summit on clerical sexual abuse and the other before the Pan-Amazon Synod. Both served as a forum to pray for the Church, which many see as suffering from doctrinal confusion and disorientation.

The Acies Ordinata today took place in Munich’s Odeonsplatz where Bavaria’s Catholic heroes were celebrated in the 19th century. Four banners reproducing the symbols of the Evangelists Matthew, Mark, Luke and John were placed in the corners of the square.

The hour of silent prayer ended with the collective singing of the Creed, during which, to express their love for the Church, the participants raised their voices to sing the words Et unam Sanctam Catholicam Ecclesiam (one holy Catholic Church). 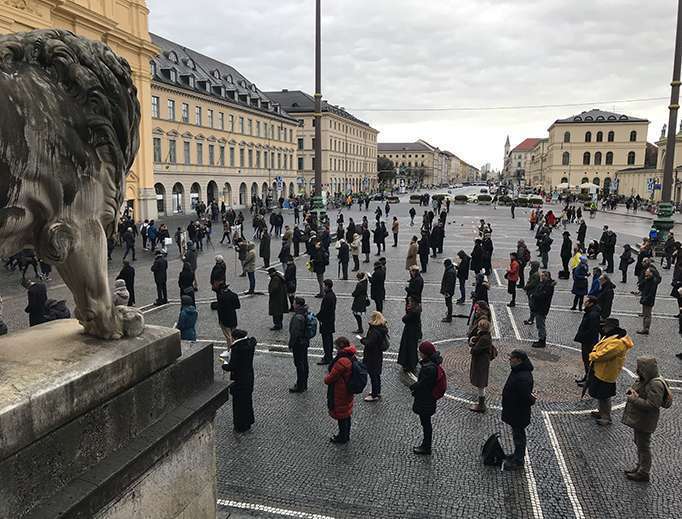