Enter the “Administrative Measures for Religious Clergy”: Be...

Don Pietro Leone – The Enemy Within: a Critique of Vatican II

Under President Biden, Vatican-US Relations Are Poised to Shift ...

Have There Been Worse Crises Than This One?

True and False Conspiracies in History. In memory of Father Augu...

Home › International News› Is Pope Francis Opening the Doors of the Church to “Queer Theology”?

Is Pope Francis Opening the Doors of the Church to “Queer Theology”?

By Lupo Glori  Is Pope Francis opening the doors of the Church to “queer theology”? The question arises spontaneously after learning that the Portuguese priest-poet José Tolentino de Mendonça has been asked to direct the upcoming and now-traditional Lenten retreat which will be given in Ariccia, Italy, to Pope Bergoglio and members of the Roman Curia.  Mendonça is known to be a fan of Sister Maria Teresa Forcades i Vila, a theologian noted for her “queer” positions and who is presently in Italy to promote her book We are all Diverse! In Favor of a Queer Theology (Castelvecchi Editore).

As reported by L’Osservatore Romano, the Lenten retreat scheduled for February 18-23 in Ariccia at the Casa del Divin Maestro will be directed by the priest-poet, Vice Rector of the Catholic University of Lisbon and consultor of the Pontifical Council for Culture, who has chosen “The Praise of Thirst” as the theme of his meditations.

But who is Sr. Teresa Forcades? Forcades is a nun of a cloister near the Benedictine monastery of Montserrat who travels the world to spread the word – the contemporary homosexualist “word” – within the Catholic Church. She spoke in this role on Thursday, February 1, in Reggio Emilia, as part of a series of conferences on “The Theology of Women”, held to promote the acceptance of homosexuality in the Catholic Church. As the “Christian LGBT” website gionata.org explains, “there are women theologian protagonists who, with their capacity for analysis, succeed in characterizing and giving a specific value to theological thought, in order to offer a new point of view, different, renewing, inclusive, addressing those who feel themselves to be at the ‘margins’ of the Church.”

Interviewed at the margins of her presentation, the Spanish sister emphasized how the rapport between the Church and homosexuality is finally changing thanks to the advent of Pope Francis, who has tried to do what he could through holding the Synod on the Family in order to change the attitude of the Church in the face of homosexuality:

I think that Pope Francis attempted to make a step forward in this sense with the Synod on the Family; he did not succeed in doing it, but it is not the same atmosphere now as it was when there was not Pope Francis. For example, Sr. Jeannine Gramick, who worked in the United States for many years for acceptance not only for being homosexual but also for homosexual activity, for physical homosexual love, has said that from the time Pope Francis arrived she no longer faced the pressure she had endured previously to not do this type of apostolate.

Forcades further specified how in South America and in Oceania, the local Churches are taking important “steps forward” in dialogue with homosexuals, in a much more rapid way than is happening in Europe, admitting, however, that recently, beginning with the arrival of the Argentine Pope, her own experience has been that she is finding that doors are much more open: “My experience up until now has been that I have found more groups and people who support me, who endorse me, and who are close to me.”

Forcades is thus a religious sister who has clearly been “deployed.” She has never made a mystery of her heterodox positions on the matter of sexuality and the “renewal” of the Church, and because of this she has been celebrated and carried in the palm of the hand by the cultural mainstream, which favors a “queer revolution” within the Catholic Church.

On April 19, 2015 in an interview with Corriere della Sera, when asked if she was in favor of gay marriage, she gave this response:

Yes, because sexual identities should not be considered as closed boxes which God wants to be complementary to each other and which must remain forever that way, fixed in separate, defined roles. I live in the world and I see persons of the same sex who love each other, and I ask myself, ‘Why must they be wrong?” They seem happy, they truly love each other. Why can they too not receive a blessing? Why not within the Church? Why shouldn’t we rejoice at the sight of any love, whatever form it takes?’

A few months later, on February 9, 2016, she further clarified her thought on this matter in La Repubblica, responding to the question, “What do you think about civil unions and homosexual marriage, can they be considered as a sacrament, can they function in the eyes of God and of society?” as follows: “A sacrament is the manifestation of the love of God in space and time. Love is always a sacrament of God as long as each person’s freedom is respected.

Possessive love, on the other hand, even if it is between a man and a woman, cannot be sacramental in the deeper sense of the term.” Asked further about her thought about children who are “adopted” by a homosexual family, with two fathers or two mothers, the “queer theologian” explained that she did not see any sort of problem with it: “Yes, absolutely. What children need is a love that is adult, mature, and responsible on the part of the parents, who place their child’s needs before their own and who at the same time know how to set good limits for them to help them to grow. The fact of growing up with two women or two men does not represent any kind of problem.” 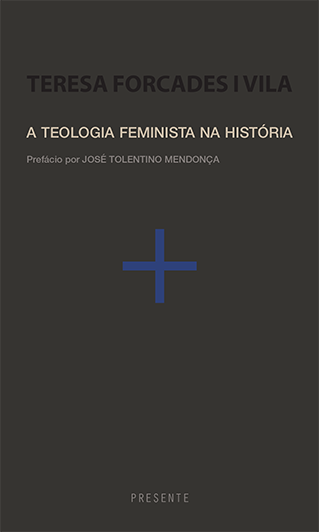 It therefore seems inconceivable, unless it is revealing that there is a specific “political agenda” within the Catholic Church, that the Vatican would choose Jose Tolentino de Mendonca as the spiritual director of the Pope’s Lenten Retreat in Ariccia, a priest known for his ties to a personality so “exposed” and discussed as Sr. Teresa Forcades. These ties, based on an evident commonality of thought, are made clear by a book written by the Catalan sister entitled Feminist Theology in History (A Teologia Feminista Na História), in which the priest-poet has dedicated a flattering preface to her work, praising her original ideas, saying that Western Civilization (and the Church) would do well to treasure them:

Perhaps the history of Western civilization would have been different if a symbolic, open, and sensible way of approaching reality had been adopted, instead of the univocal triumphal language that we are familiar with. I repeat: perhaps history would have been different. And it is exactly here that this extraordinary work of the feminist theologian of history Teresa Forcades i Vila, which you are holding in your hand, comes to our assistance.

Tolentino de Mendonça emphasizes how the apostolate of Forcades ought to be taken as a model to “liberate” Christianity from the dogmatic bindings of past and present:

“Teresa Forcades I Vila is an author who, for many reasons, is worth having. (…) Whatever she does, her method is courageously the same: she points out contradictions and seeks for alternative interpretations which support a rupture of meaning and civility. One of the convictions with which this book leaves us is that the future of Christianity greatly depends on the process of “clearing out” of its past and present that we will be able to accomplish. There has been a lot of silencing, too much life that has been submerged, a cultural repression that makes history, in its dominant version, hide what it addresses and move it in other directions. The Gospel of John says that “the Spirit blows where it wills” (John 3:8), but history has not always known that. Now, we need to listen to the same history told in another way, recounted by other voices, by unfamiliar words, starting with other experiences.”

The merit of Sister Forcades, always according to Tolentino de Mendonça, would be that of having placed in evidence the importance of the ethics of relationship free from rigid norms and codifications:

Teresa Forcades I Vila reminds us of the essential thing: that Jesus of Nazareth did not codify laws or lay down rules. Jesus simply lived. That is, he constructed an ethic of relationship; he embodied the poetry of his message in the visibility of his flesh; he displayed his own body as a premise.

What spiritual fruits will the participants of the retreat in Ariccia be able to obtain, given these premises?

Is Pope Francis Opening the Doors of the Church to “Queer Theology”? was last modified: Febbraio 6th, 2018 by redazione
Tweet