Enter the “Administrative Measures for Religious Clergy”: Be...

Under President Biden, Vatican-US Relations Are Poised to Shift ...

Have There Been Worse Crises Than This One?

True and False Conspiracies in History. In memory of Father Augu...

De Mattei: 2021 in the light of the Fatima Message and Right Rea...

Don Pietro Leone – The Enemy Within: a Critique of Vatican II 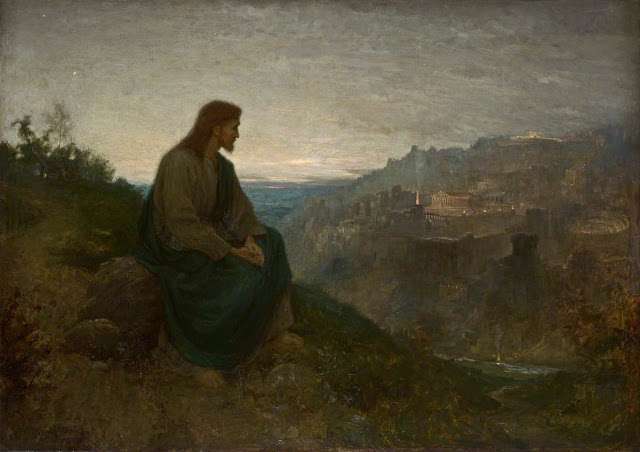 Not content to rehash the three or four best-known sticking points of the Council, such as Collegiality, Ecumenism and Subsisit, the author with remorseless logic, offers a penetrating analysis, both metaphysical and theological of its entire distorted vision of the Faith, Truth and Reality, so exposing it as a diabolical attack on Holy Mother Church Herself and one of the greatest evils of the 20th century.

In the first installment, the author takes a step back and proposes to the reader how to view the Council.

Aleph. How doth the city sit solitary that was full of people! How is the mistress of the Gentiles become a widow, the princes of provinces made tributaries! Beth. Weeping she hath wept in the night and has tears on her cheeks: there is none to comfort her among all them that were dear to her, all her friends have despised her and have become her enemies… Mem. All they that pass by the way have clapped their hands at her: they have hissed and wagged their heads at the daughter of Jerusalem, saying: Is this the city of perfect rest, the joy of all the earth? (Lamentations 1-2)

The Author submits this work to the judgment of the Church, renouncing and recanting in advance all that She may deem not to be in accordance with the Holy Catholic Faith.

We have relied on the following excellent works: ‘Pope John’s Council’ [1], ‘The Second Vatican Council and Religious Liberty’ [2], ‘Il Concilio Vaticano II una storia mai scritta’ [3], ‘Sinossi degli errori imputati al concilio Vaticano II’ [4]. The last has been particularly useful for indicating the principal heterodox texts, together with the reasons for their heterodoxy; the others for providing the historical context and uncovering many of the deeper issues at stake. We have used the translation of the Council documents by Father Austin Flannery OP [5].

The hierarchy and the clergy of the last decades almost unanimously present the Council teachings as a new vision of the Catholic Faith and of its practice. This alone would be sufficient utterly to discredit it, when we recall that the Catholic Faith is in fact immutable [6]. However, the damage that this Council has done, and continues to do to souls, urgently requires a throroughgoing critique of this new vision: in order to show how it is opposed to the true Faith, and to set it aside[7] as soon as possible.

This Preface will consist of the following sections:

We shall begin by presenting, and then evaluating, the three basic views which are held of the Council [8].

The texts of the Second Vatican Council are syncretist, as being the product of two opposing factions of Council members: the ‘Traditionalists’ [9], intent on declaring the Church’s Traditional teaching and the ‘Modernists’ intent on declaring novelty. The novelty as expressed in the texts nowhere amounts to formal heresy (or at least not yet demonstrably so), but is heterodox, by which we mean that it typically has a heretical tendency: it is ambiguous in such a way as to favor heresy[10].

In this last case, which is in fact the case of the novel texts, Traditionalists will reject the said texts. They do this, we repeat, not because the texts are necessarily heretical in themselves, but because they are of a heretical tendency: they are ambiguous in such a way as to favor heresy.

And yet perhaps they may rely on their cherished theory (condemned by St. Pius X in Pascendi 13) that Truth changes, and claim that they do not reject traditional teaching in respect of the past, but only in respect of the present and future, on the basis that it was true in the past but is true no longer. This claim would however be false because, as we have already stated, Faith is immutable: the object of Faith is Truth, Supernatural Truth. This Truth is nothing else than God Himself in His intimate nature, together with His plan of Salvation for the world. Since the object of Faith is Truth, that Truth, indeed, which is God Himself, it is itself immutable. If one attempts to change the Faith, one is, therefore, left with falsehood.

If part of the regular consignment of buns to a boys’ school were poisonous and the Headmaster did not stop the consignment, but rather spent his time defending those responsible from blame, one would be inclined to say that he had got his priorities wrong, and that if he refused to stop the consignment, then at least some investigation should be made about which buns were dangerous, in order to save the boys from harm.

Far from being doctrinally obscurantist or morally obstructionist, the Traditionalist is motivated solely by the desire to teach and to sanctify, in accordance with the mandate of Our Blessed Lord: he desires that the Faith should be stated as clearly as possible because it is the light in which we see the path that leads to Heaven.

The Traditionalist view is controversial first in regard to the hierarchy, because:

–          it calls into question the declarations of all the hierarchy of the world united in a Council;

–          it brands a large part of the hierarchy and clergy in the two succeeding generations as heterodox;

–        it entails that from the time of the Council till the present day the hierarchy has been directing the Church along the wrong course.

And yet, controversial as it may be, this view is not problematic theologically. The Council declarations were not dogmatic, neither in the theological form of the texts nor in the Pope’s intention [13], and a large part of the hierarchy and the clergy has fallen into heterodoxy in the past, in the Arian crisis, when almost the entire Church had lost its doctrinal orientation.

The Traditionalist view is also controversial in regard to the Holy Spirit, in suggesting that He did not assist the entire Episcopacy of the world united to the Pope. To this we should reply by saying that in fact the Holy Spirit can assist the Church in one of two ways: either positively, in deepening and clarifying the Church doctrine; or negatively, in preventing the Church falling into formal heresy: which is the way He seems to have assisted the Second Vatican Council [14].

The Traditionalist view is controversial finally in a moral sense in being critical of the Council and of the joint pronouncements of all the Bishops in the world, including the Pope. Does this not exhibit a lack of those virtues of piety and docility that characterize the Neo-Conservatives? No, we practice piety and docility towards the hierarchy if we respect their ecclesiastical dignity and if we follow those teachings of theirs which conform to the Faith; but if they teach another doctrine, we are obliged to reject it [15].

More fully, Faith is necessary for salvation; in the doctrinal domain it is the very raison d’être of the hierarchy to impart it: this is their competence and their duty. If, by contrast, their teaching is heterodox, then they both exceed their competence and fail in their duty, and we are obliged to reject that teaching. It is salutary to criticize heterodoxy so that others may preserve their Faith intact. The purpose of this, as we have just said, is that they may attain their eternal salvation.

We conclude the section with the following argument:

2) The person who dies a formal heretic is condemned to Hell; therefore

3) The Council endangers the salvation of souls and should be set aside.

Should any-one doubt the first premise, let him read the present book; should any-one doubt the second he is not Catholic. Does the Church not teach us infallibly: ‘If any-one wants to be saved, let him above all hold the Catholic Faith…’ [16] ? As to the conclusion, it refers to the whole Council, not just to the hereticizing texts, because, although the Council also contains traditional texts, a layman without expert knowledge is not equipped to distinguish the orthodox texts from the heterodox ones.

[6] we shall later demonstrate this dogmatically and metaphysically

[9] we use this term simply in the sense here stated; not in the pejorative sense as of a group of persons nostalgically clinging onto an outmoded vision of the Faith.

[10] ‘Heresy’ and ‘heterodox’ come from the Greek. Heresy means ‘choice’ or taking for oneself; heterodox means ‘other-doctrine’.

[11] ‘One and only is the universal Church of the faithful, outside which no-one is saved’, extra quam nullus omnino salvatur, Fourth Lateran Council (1215)

[12] we shall later see the relevance of the latter term, ‘captiousness’, to the historical reality of the Council.

[14] we treat this question  more amply in our preliminary article on the Council, referred to above

Don Pietro Leone – The Enemy Within: a Critique of Vatican II was last modified: Febbraio 11th, 2021 by Redazione
Tweet