A Supreme Court finally observant of the law? 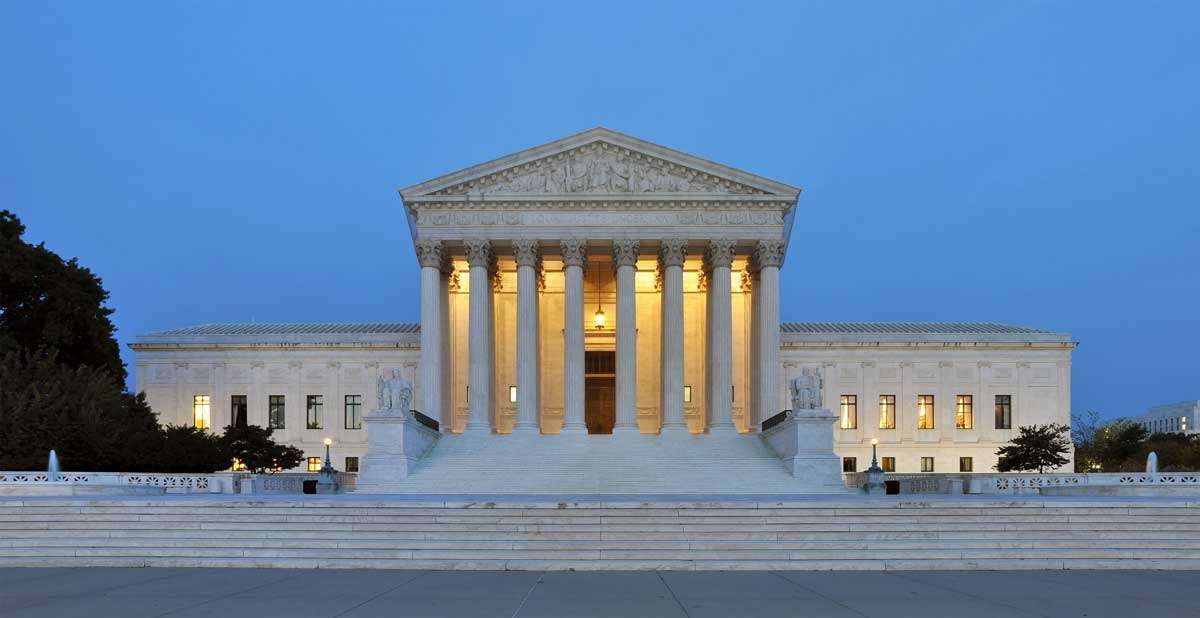 (Dr. Maurizio Ragazzi, Washington DC)  On October 26, the US Senate confirmed Amy Coney Barrett to the Supreme Court, which is now composed of all its nine members for life. At the end of a 30-hour marathon, the majority (52 to 48) in favor of her confirmation was along party lines, as Senator Collins from Maine was the only member of the 53-Republican majority in the Senate to cross the line and vote against confirmation (on procedural, not substantive, grounds). The nomination and subsequent confirmation of this judge is significant, as Justice Barrett is expected to become the fifth vote in a solid conservative majority on the Court. Hence support of the conservative majority by President Roberts (who, while nominated by G. W. Bush, came out to be quite an unreliable vote on key issues) may not be decisive any more.

Progressives are up in arms. Many of them openly advocate (and Joe Biden, the US Democratic candidate to the presidency, has not rejected this possibility) that, should the Democrats conquer presidency and Congress at next week’s elections, they should pack the Court, by raising the number of its members with a view to getting the political results they want. (This would perfectly fit with the Democrats’ guiding principle that the end justifies the means.) On the other side of the fence, conservatives are enthusiastic. Trump, who has revealed himself as the strongest pro-life president in recent political history, did his job swiftly and intelligently, selecting the three justices he nominated during his first term (itself an exceptional number, not seen since the days of Richard Nixon in the late 1960s-early 1970s) from lists of candidates he had earlier made public. Consistently with President Trump’s zeal, the chair of the Senate Justice Committee Graham, and the leader of Republican Senators McConnell, took prompt action, without being deterred by either the obstructionist tactics of the Democrats, or the violence of the usual professional criminals.

The new justice attracted unanimous praise among conservatives. A 48-year old mother of seven children (two of whom have been adopted, while one has special needs), Justice Barrett has impeccable legal qualifications, displayed throughout her career as professor at Notre Dame Law School and, since 2017, as a federal appellate judge. During the Senate hearings, the Democrats repeatedly (but unsuccessfully) tried to elicit from her how she would vote on court decisions regarding abortion, Obamacare, or gay “marriage”. Resorting to a practice that has become customary at Senate confirmation hearings, Justice Barrett declined any comment on such pointed questions, appealing to the principle that it would be unprofessional for a judge to predetermine and announce his or her views on any concrete case.

Another tactical move, to which the Democrats had heavily resorted in 2017, during the hearings to confirm Amy Barrett as a federal appellate judge, was to attack her Catholicity. Obviously, the very facts show there is no “Catholic question” at all in becoming a member of the Supreme Court: if one also counts Justice Gorsuch (who, while worshipping with his family as an Episcopalian, was raised a Catholic), Catholic justices are currently seven out of nine (the two others being Jews). During the hearings of candidates who support abortion, no Democrat has ever dreamed of raising the question of their Catholic faith. Not so, however, for Justice Barrett, a practicing Catholic who has written against abortion. Senator Feinstein, the top Democrat on the Senate judiciary committee, went so far as to tell Barrett: “The dogma lives loudly within you”. In response to such remarks, one may have objected that the question was totally irrelevant, as the US Constitution prohibits taking into account the profession of faith of anyone seeking public office. Alternatively, one could have answered that dogma, being an expression of Christ the Truth, protects freedom from undue earthly influences: it is in fact truth that makes us free. Thank God, therefore, for judges who respect dogmas, and are thus authentically free and independent!

Instead of discarding these totally inappropriate remarks on Catholic dogma, more than one Catholic candidate to judicial office, ever since the 1950s, when President Eisenhower tragically decided to nominate to the Supreme Court William Brennan (who would inspire, in the early 1970s, the infamous decision on abortion), uttered absurdities such as that “there isn’t any obligation superior to” the US Constitution and laws, or tried to separate personal convictions (even when deriving from moral absolutes?!) from judicial decisions. All these are insults to Christ, to natural morality, to each Catholic’s obligations under canon law, and to the sanity of every person, including those seeking public offices.

The fact, though, is that, behind these failed attempts to provide convincing answers, there is a deeper issue of substance. Nobody doubts that Justice Kavanaugh (who replaced the wavering Justice Kennedy, supporter of gay “marriage” and other immoral causes) and Justice Barrett (who replaced Justice Ginsburg, an active advocate for abortion, homosexualism, restrictions on conscientious objection, and other shameful causes) will certainly do better than their predecessors. But will originalism (i.e. the interpretation of the Constitution according to its original understanding), which inspires these judges, end up treating law as an expression of justice (ius quia iustum), and not merely as the result of technical procedures (ius quia iussum)? There is here the eternal question of the conformity of positive law to natural law: is a judicial precedent that condones or promotes the killing of millions of innocent victims through abortion, or that disfigures the very meaning of marriage by ignoring the necessary complementarity between the two sexes, a true precedent, or is it instead its pathetic caricature (lex iniusta non est lex)?

In conclusion, in thanking Providence that the last three justices who were then confirmed to the Supreme Court were nominated by Trump and not by Hillary Clinton (who was soundly defeated at the 2016 presidential elections), one needs to pray that, for the promotion of the common good, the new Court be observant of the law, meaning law in accordance with justice and natural morality, and not an arbitrary imposition that ignores substance and merely conforms to applicable procedures. (Dr. Maurizio Ragazzi, Washington DC)

A Supreme Court finally observant of the law? was last modified: Ottobre 31st, 2020 by redazione
Tweet