Contrary to EU standards, the government of Poland fences off freedom of speech from millions of its citizens - Corrispondenza romana
Vai al contenuto

Home › International News › Contrary to EU standards, the government of Poland fences off freedom of speech from millions of its citizens

Contrary to EU standards, the government of Poland fences off freedom of speech from millions of its citizens 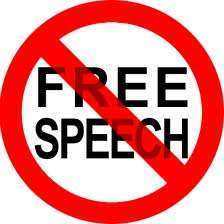 (Nasz Dziennik) Radio Maria and Television Trwam are truly exceptional in the Polish media market dominated by large groups with capital links to international concerns. Firstly, they are backed by no foreign capital and are fully maintained with the donations coming from their loyal listeners and viewers. Secondly, they are Poland’s first interactive media created with the participation of listeners and viewers, lending voice to circles excluded from public debate.

These media engage in many activities for the common good and have become a platform for building a community of people who feel responsible for public life. Thirdly, Television Trwam and Radio Maryja are media with a strong, distinct identity and an alternative to the dominant left-liberal discourse. They offer reliable, objective, non-manipulated informationand in their description of reality are guided by the criteria of righteousness, beauty and truth.

As the contribution of Radio Maryja and Television Trwam in rebuilding the democratic foundations for a free Poland and creating media governance is undeniable, so greater is the public o u t r a g e triggered by the arbitrary decision to deny Television Trwam a place in the digital multiplex and discrimination against the Catholic broadcaster by the current government. Radio Maryja is a Polish nationwide Catholic radio station owned by the Warsaw Province of the Redemptorist Order.

It reachesout to listeners all around the world. It serves a multi-million audience, integrating people around the mission of new evangelisation, strengthening faith and consolidating the national identity. The founder and director of the radio – Rev. Tadeusz
R y d z y k C . S s . R . , Ph.D – resolved to create a wireless station on 10th February 1990 while visiting the Shrine of Divine Mercy in Kraków-¸agiewniki, and Radio Maryja began broadcasting on 8th December 1991 from its headquarters in Toruƒ. It effectively broke the monopoly in the media, up to this time reserved for just one option subscribing to liberalideology, and became the voice of Poles, the voice of Catholics who for many years had been deprived of the opportunity for a modern means of communication.

Soon, Radio Maryja proved to be a great success, as people had been waiting for the kind of message which would provide objective information while guiding their minds and hearts in accordance with the principles of the Catholic faith and Polish tradition. Despite difficulties with the authorities and attacks from circles hostile to the Church, Radio
Maryja was developing dynamically, inspiring the emergence of subsequent ventures, notably the daily newspaper Nasz Dziennik [Our Journal] and the College of Social and Media Culture in Toruƒ. The year 2003 saw the launching of Television Trwam [which
means “I persist”] – the only Catholic television station.

Contrary to EU standards, the government of Poland fences off freedom of speech from millions of its citizens was last modified: Giugno 25th, 2012 by redazione
English
Tweet